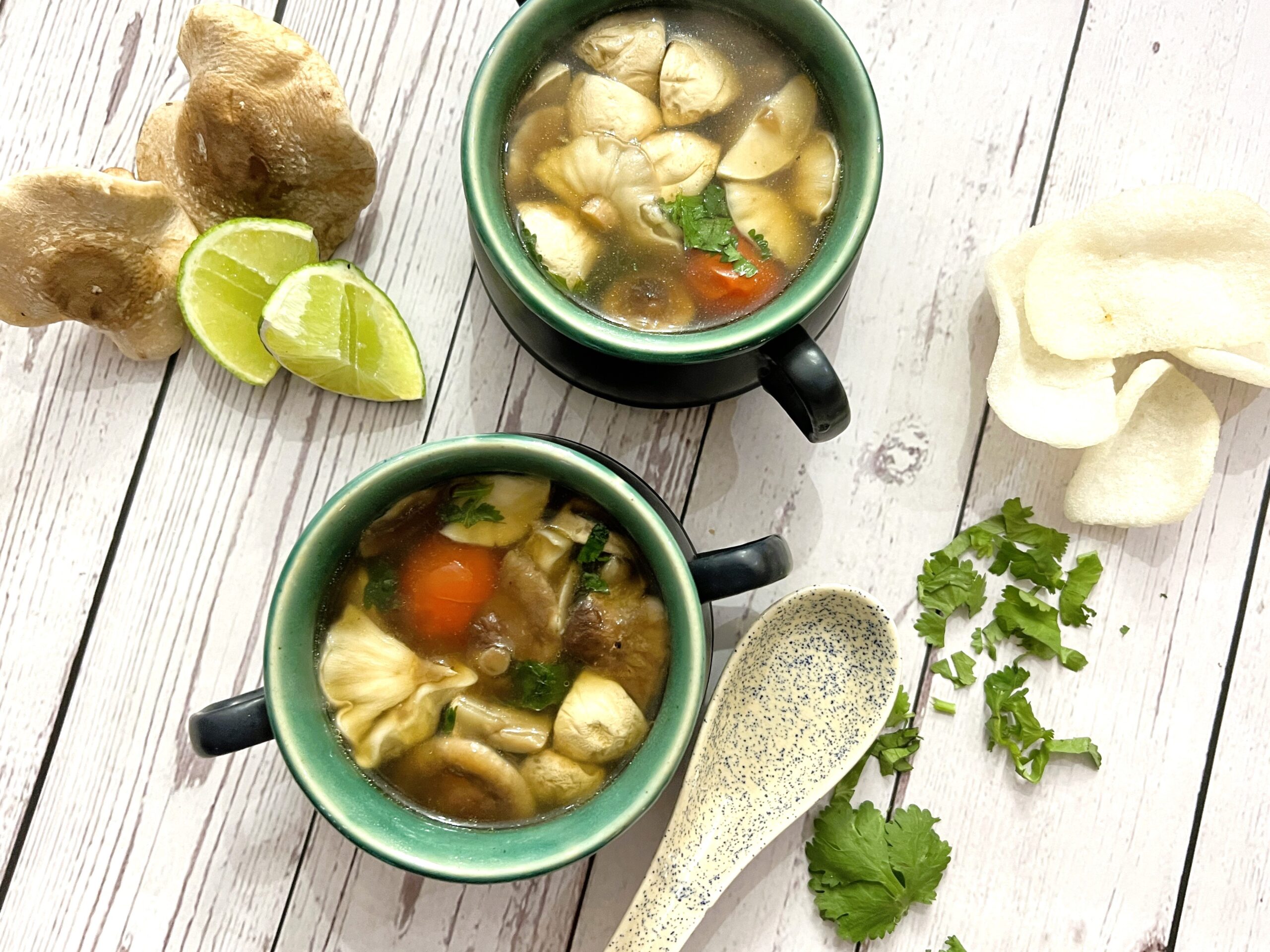 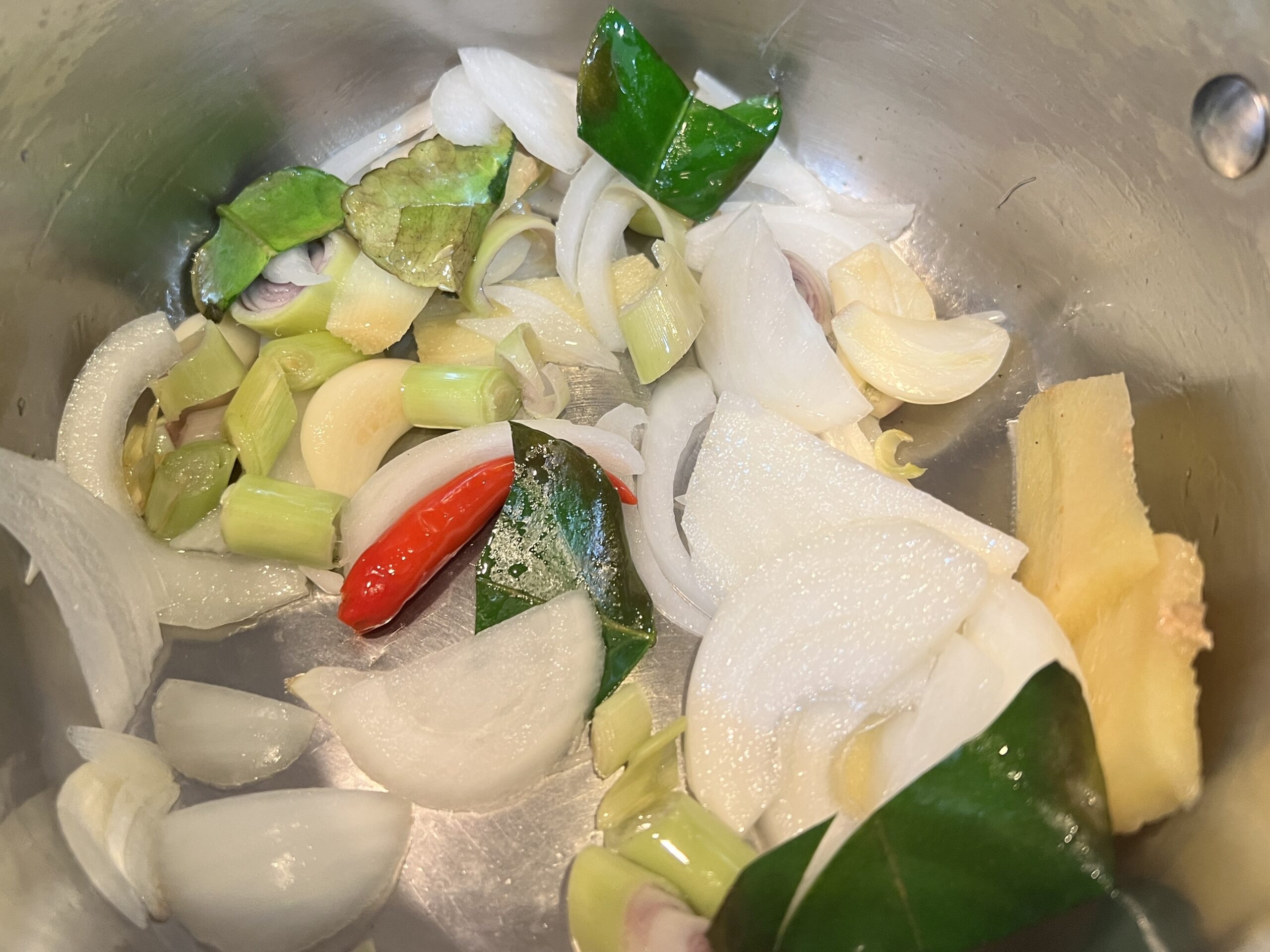 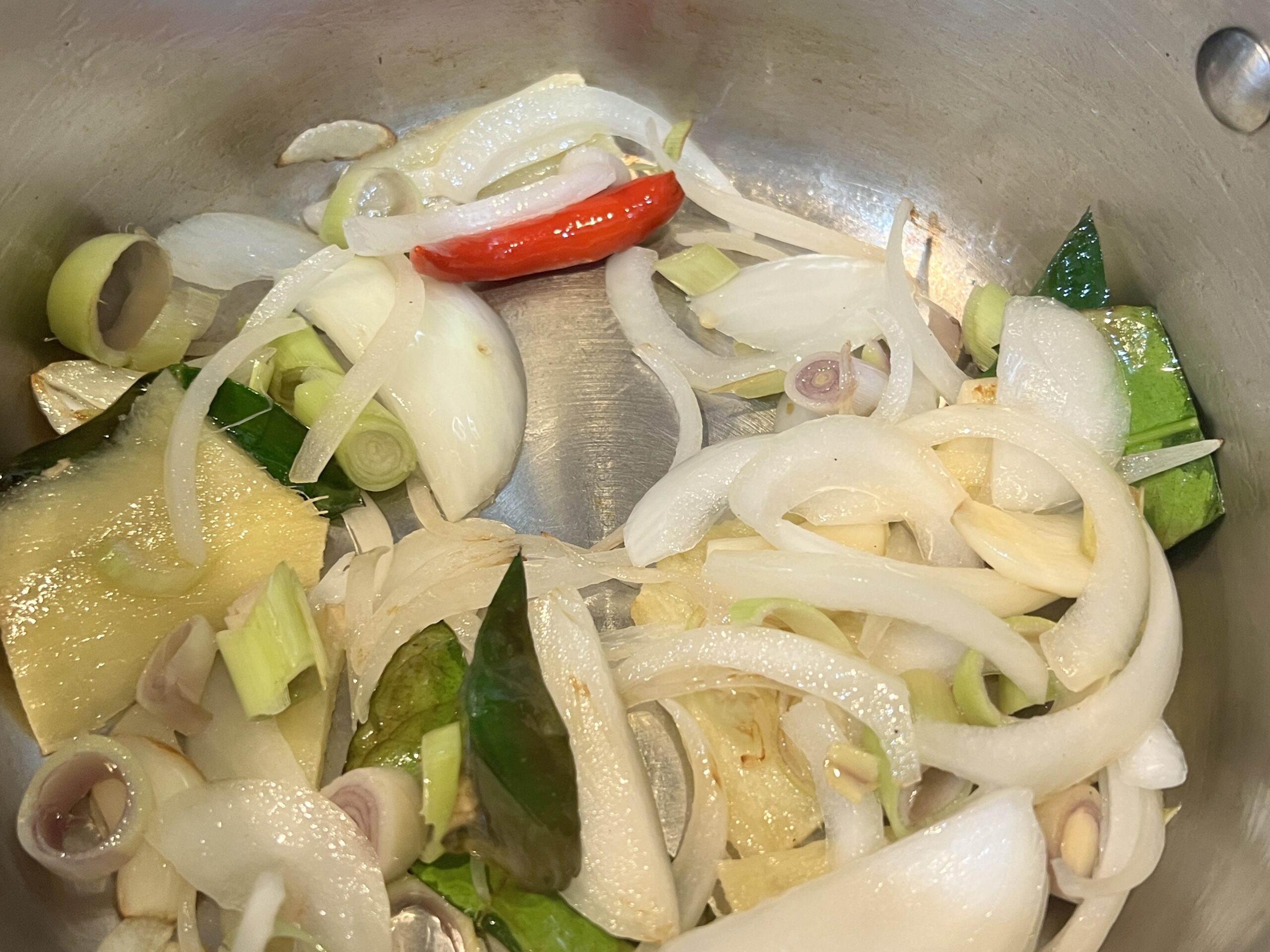 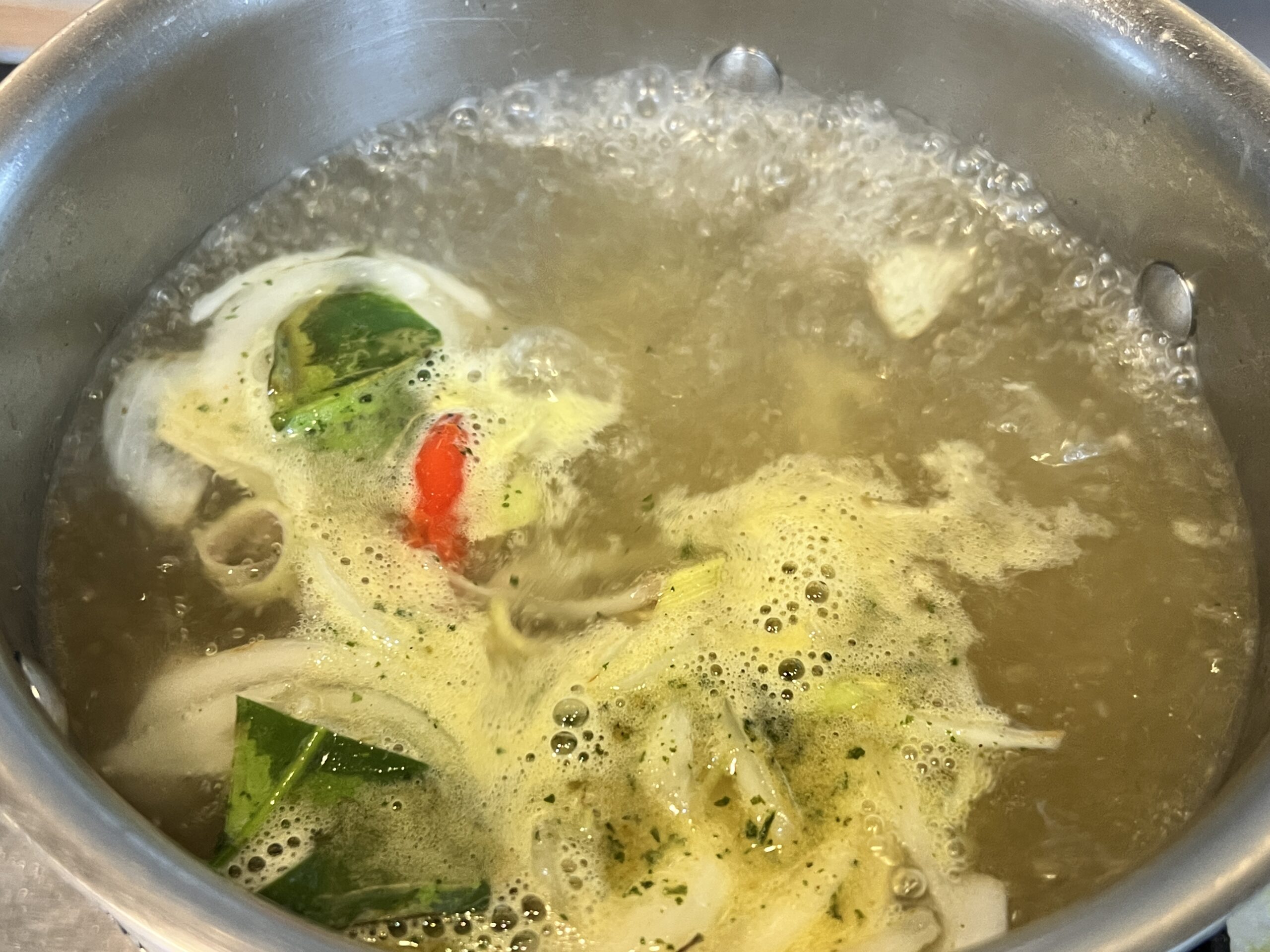 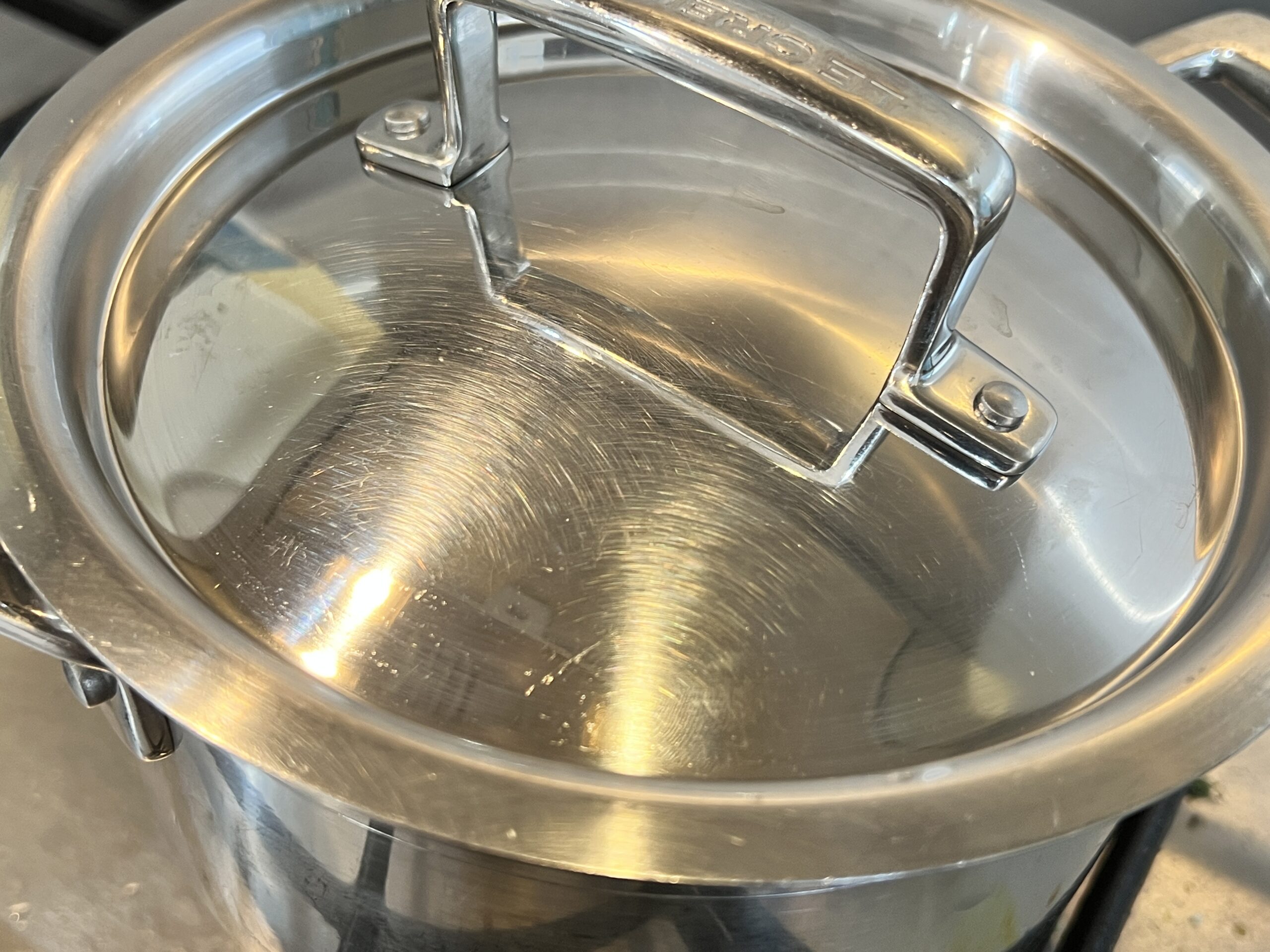 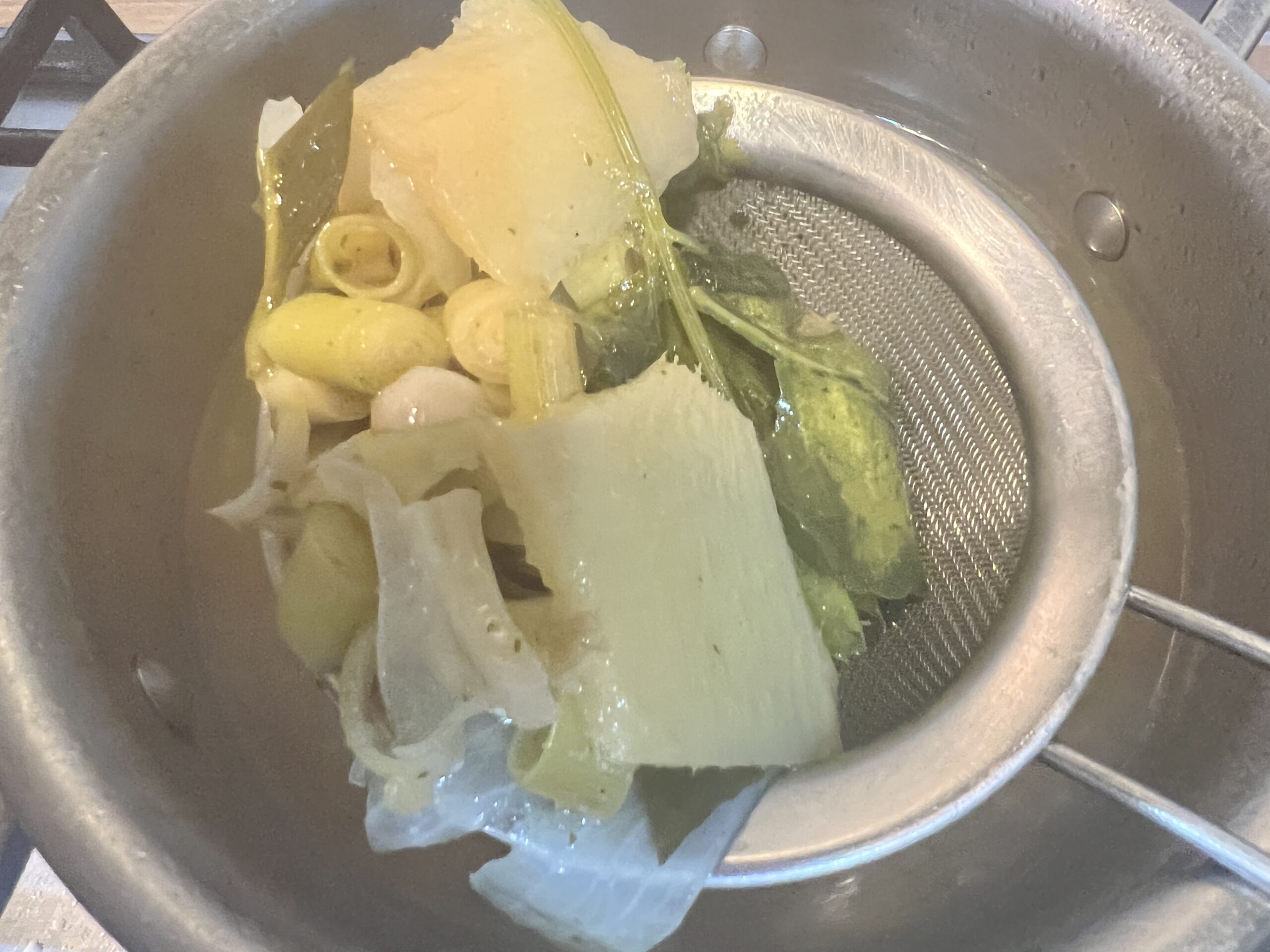 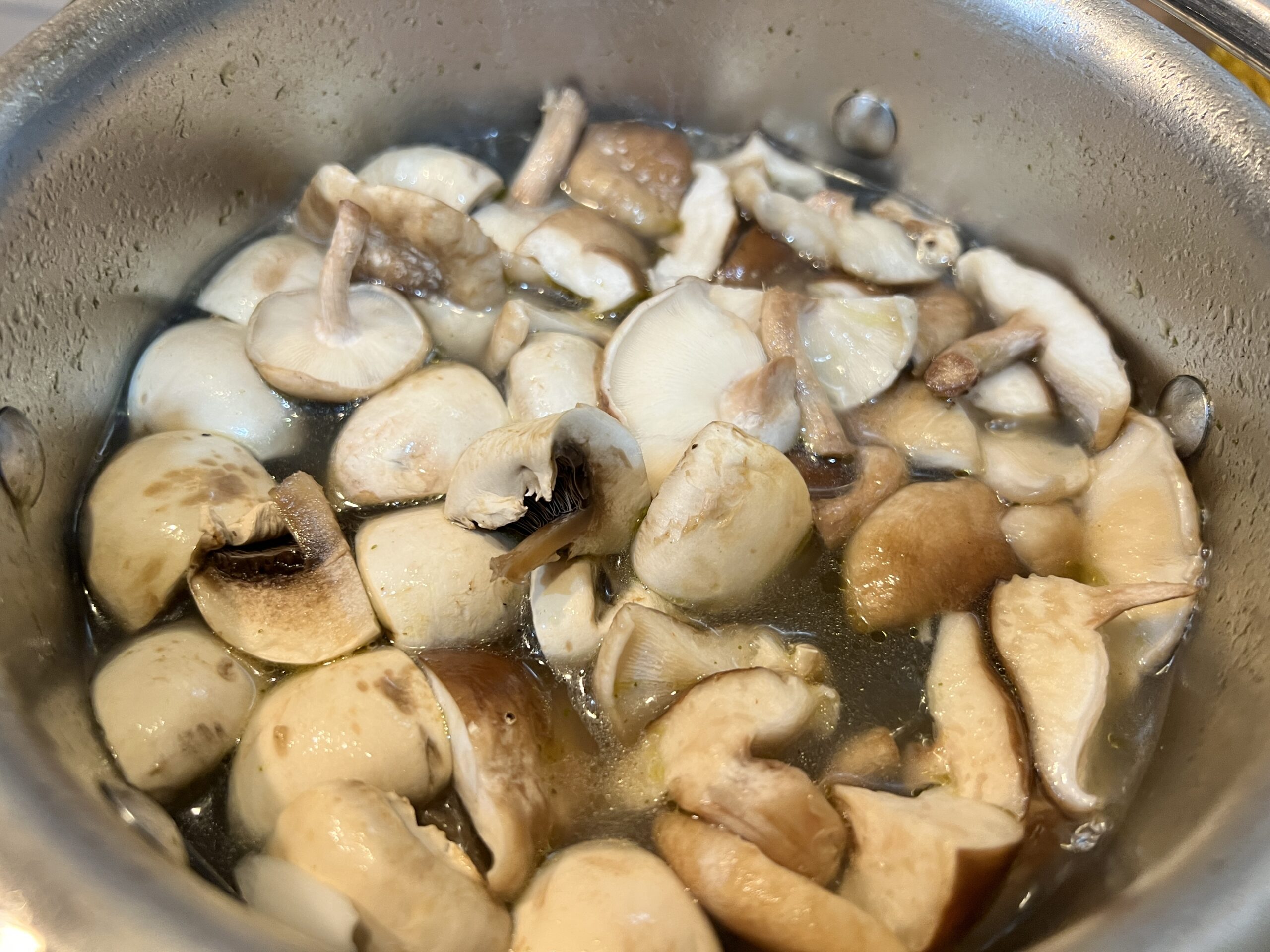 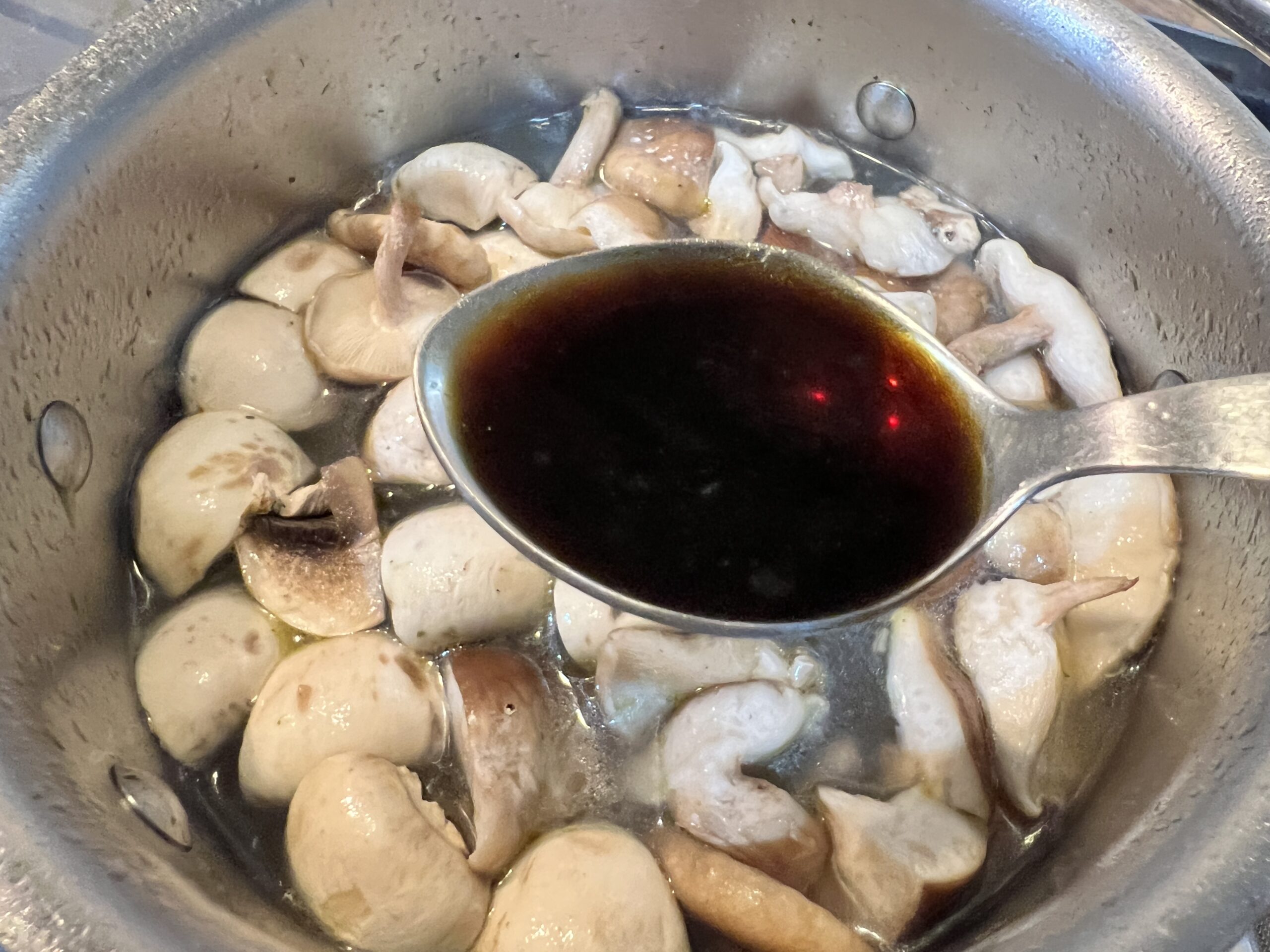 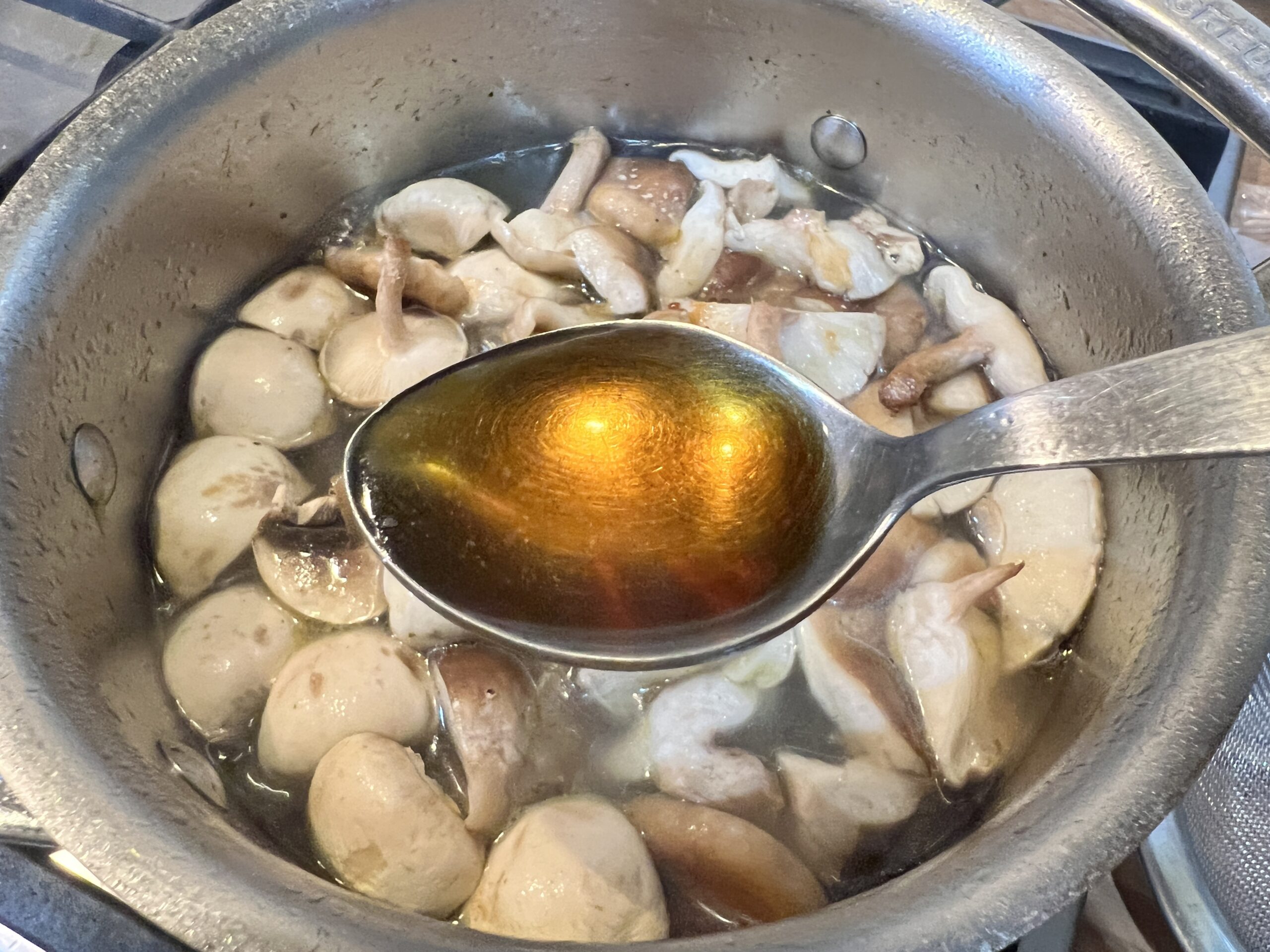 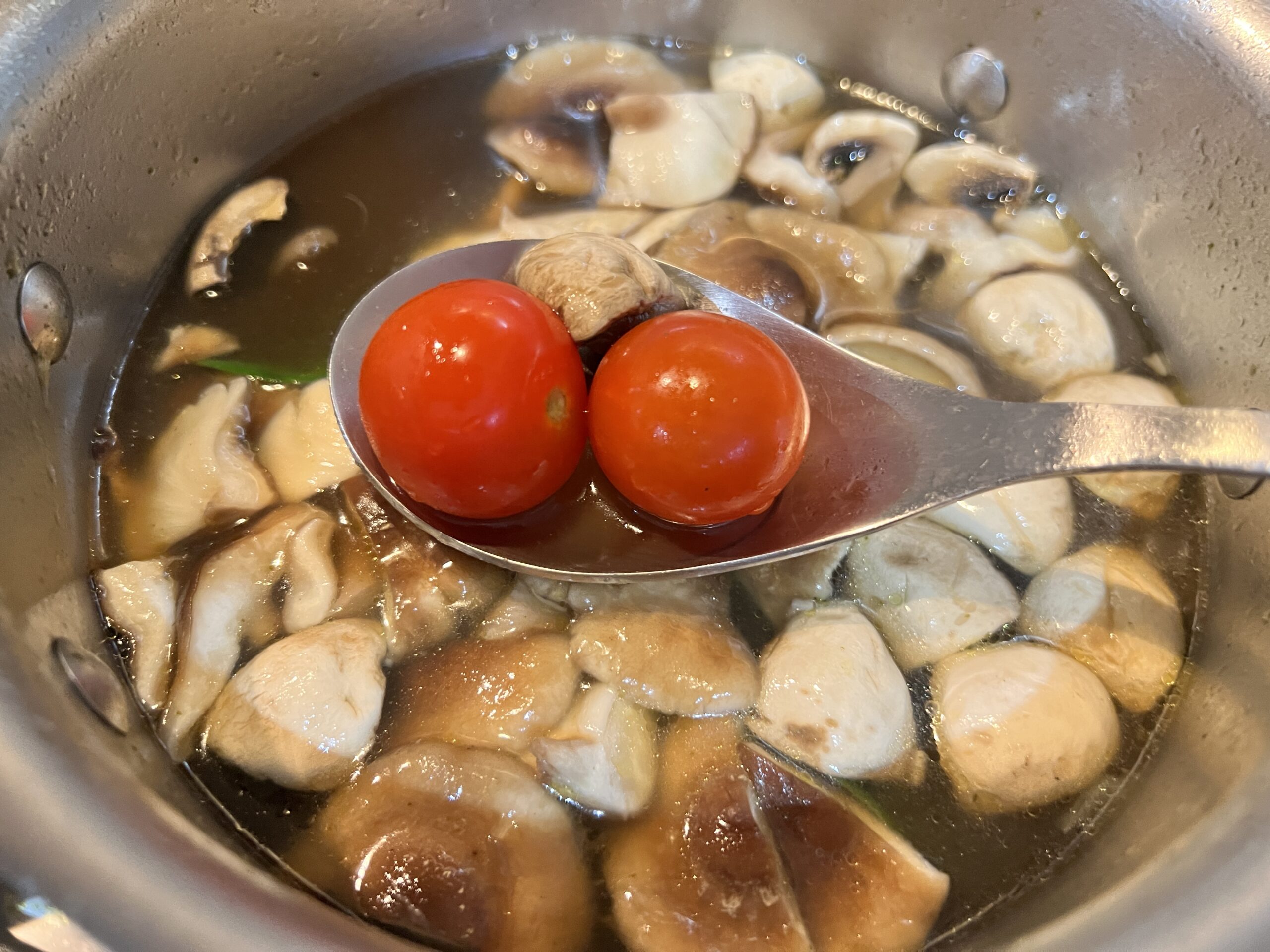 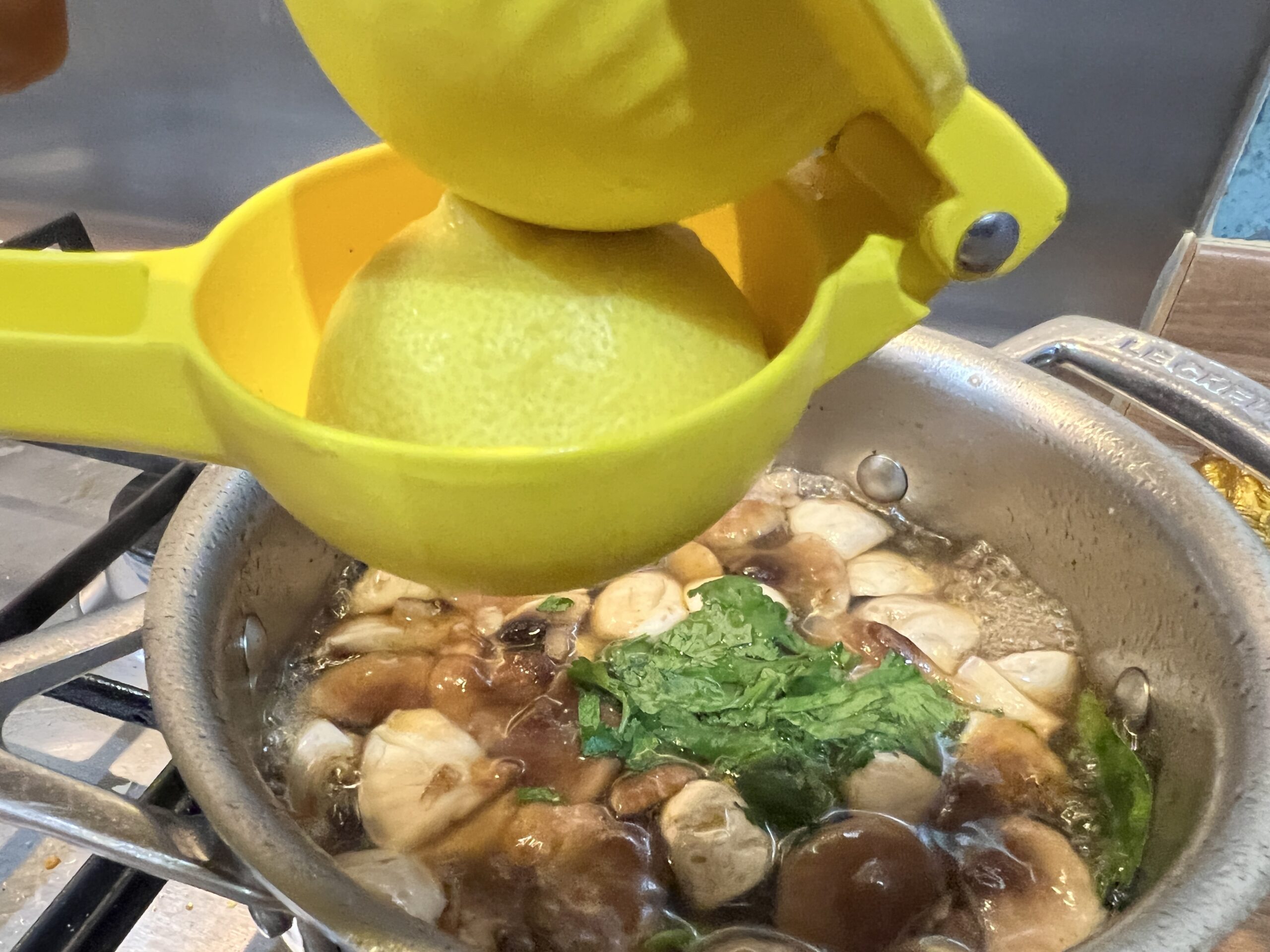 Mushroom Tom Yum is one of the most famous Thai soups and always on any Thai menu around the world. Fresh flavours of lemongrass, galangal, kaffir lime leaves, chillies and lime juice create an aromatic, flavoursome soup with meaty mushrooms.

I love Thai food and the simplicity of Thai food using loads of fresh herbs and vegetables. Whenever I am dining out, I always order Tom Yum soup and the fragrance of this soup is just enough to make my mouth salivate. The soup got its name from two Thai words – ‘Tom’ which means boiling and ‘Yum’ which means mixing the flavours together. There are two variations of this soup. Tom Yum Goong Nam Sai is soup with a clear broth where Tom Yum Goong Nam Khon is creamy milky version (made with canned evaporated milk or coconut milk and chilli paste). I am making vegetarian version of the clear broth one in this recipe. 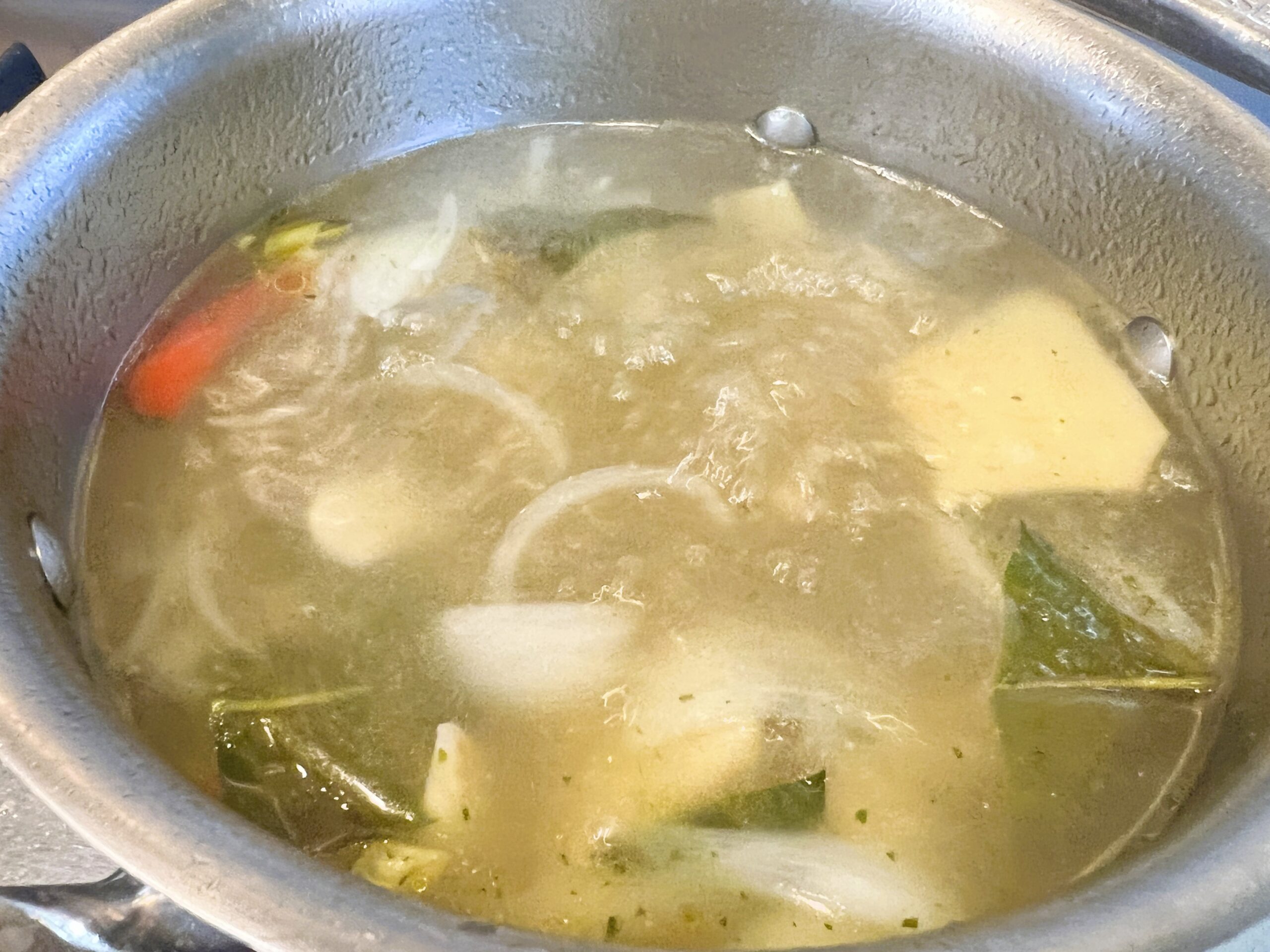 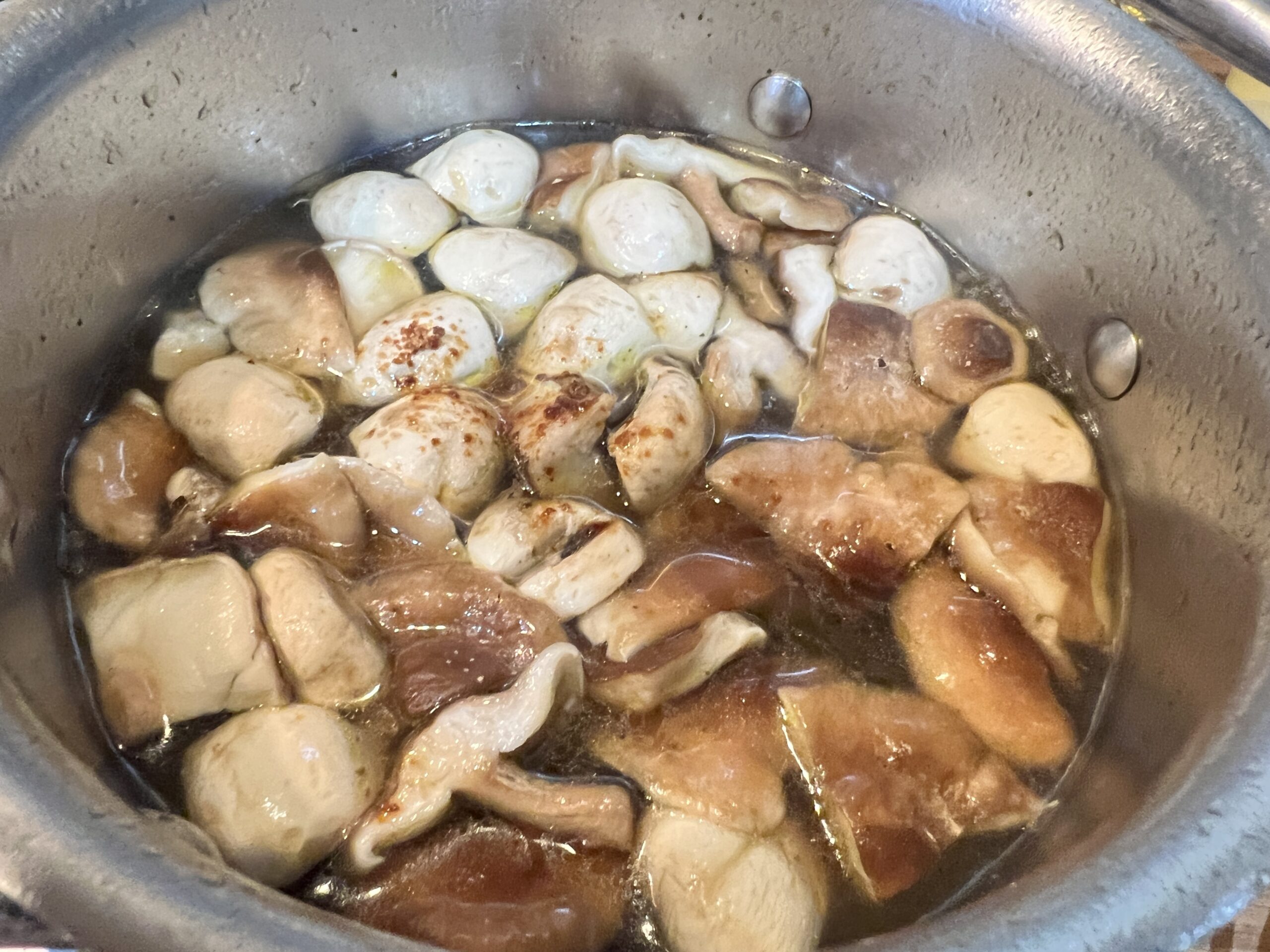 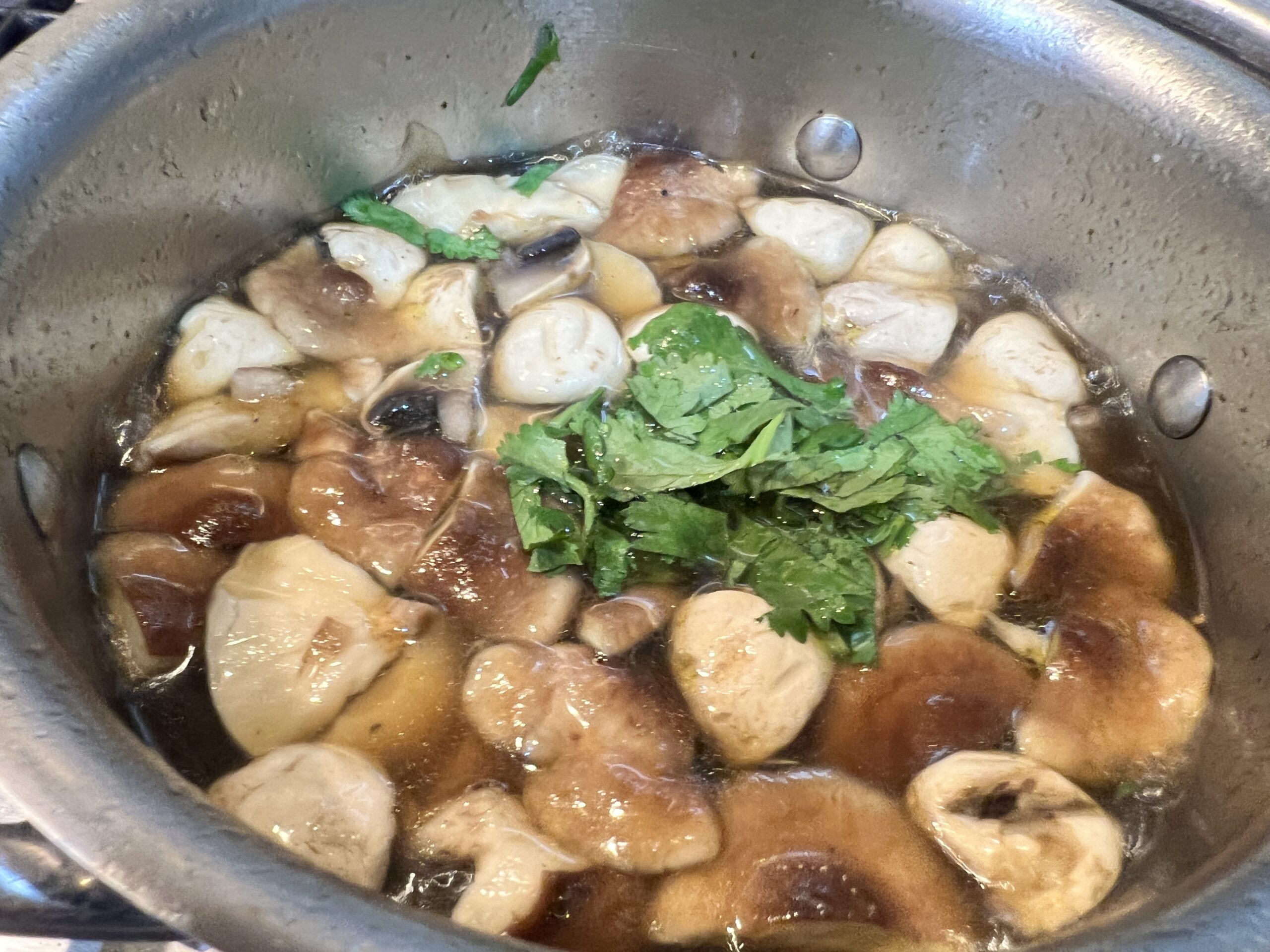 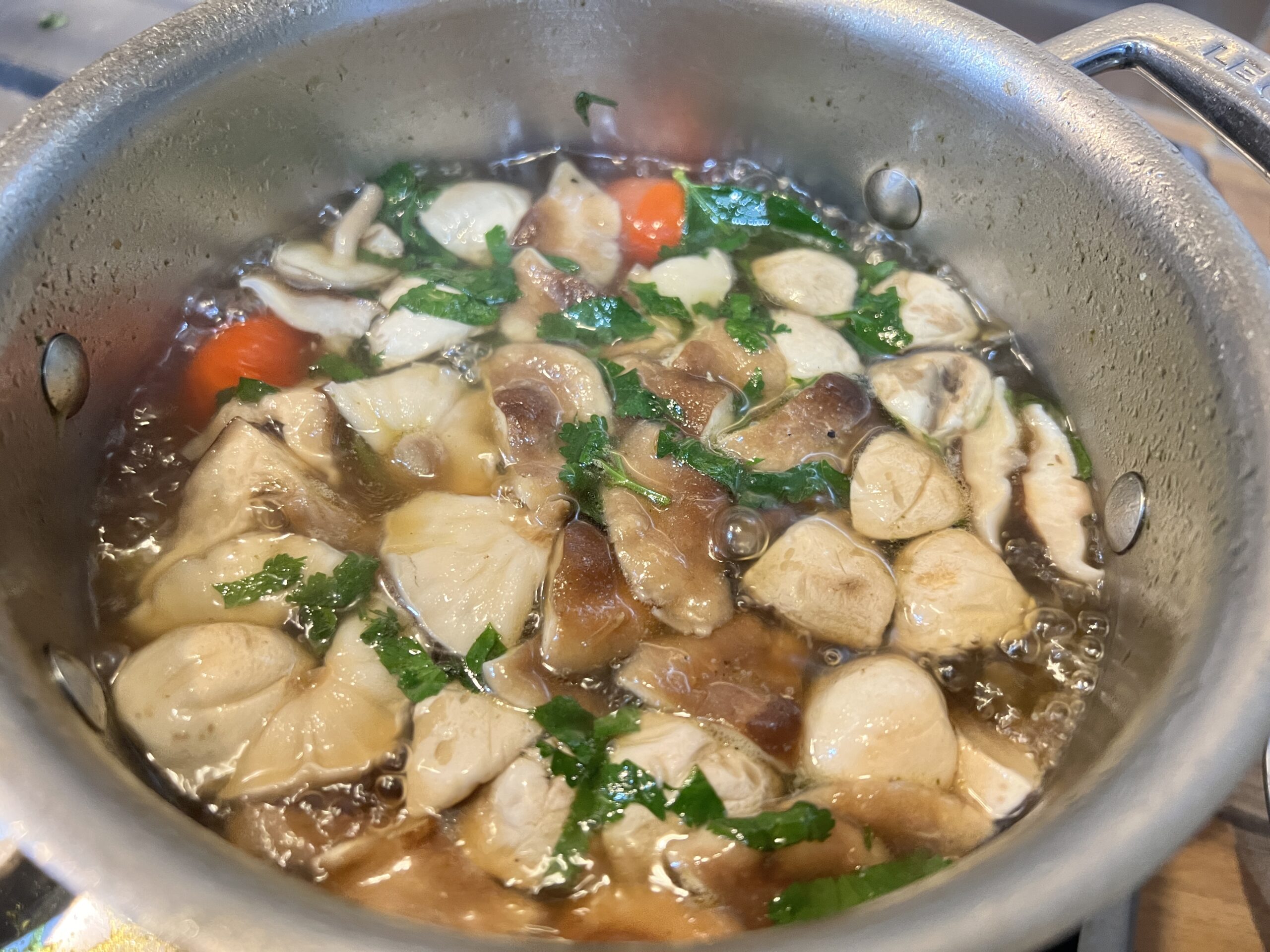 Remove the lemongrass, galangal, kaffir lime leaves, onions, garlic and chillies from the stock and discard.

Add coriander stalks, mushrooms, soya sauce, fish sauce and sugar and bring the soup back to a boil. Simmer for 1 minute or until the mushrooms are cooked through. Taste to adjust the seasoning so it is sour, salty and hot. 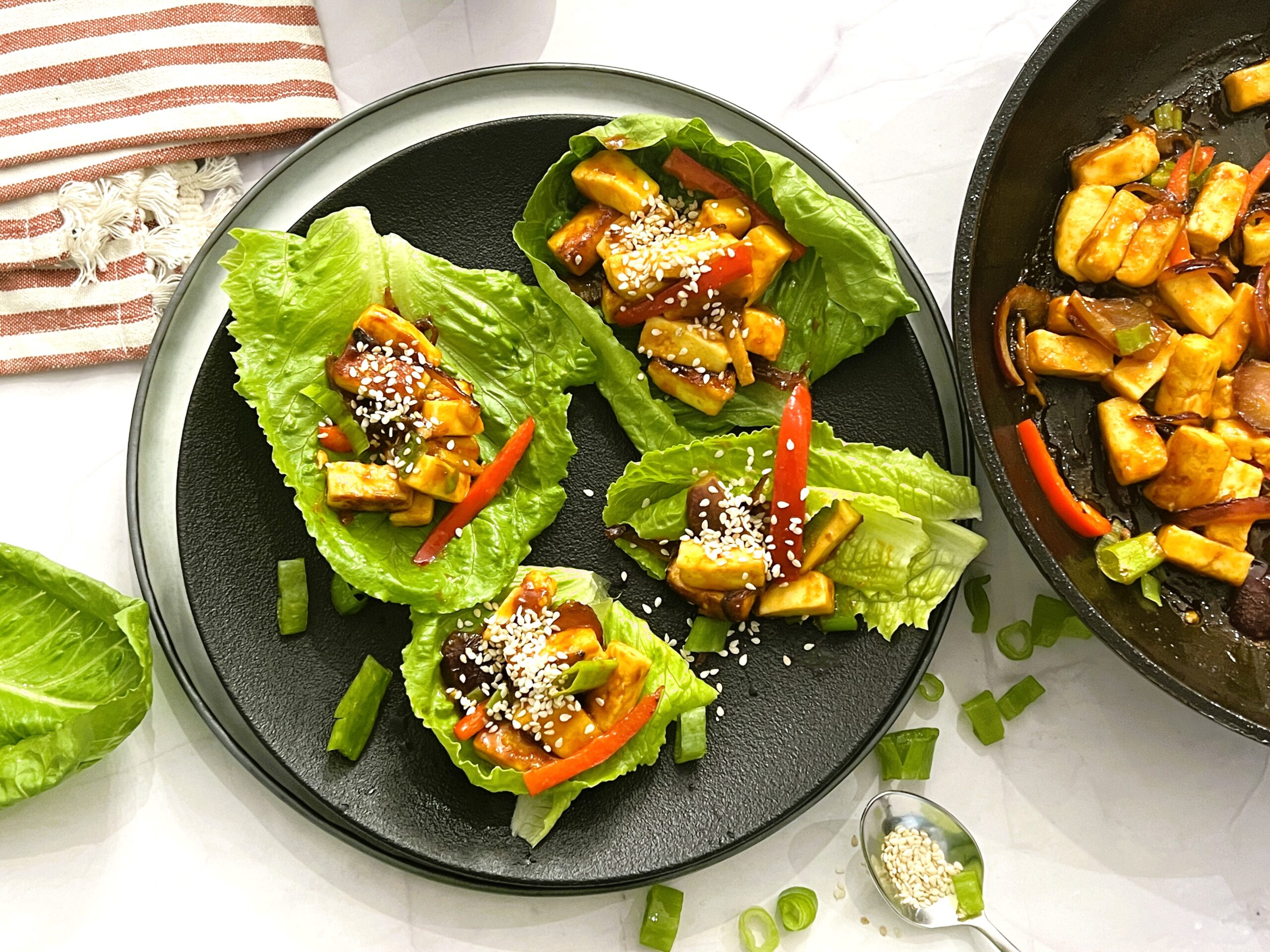 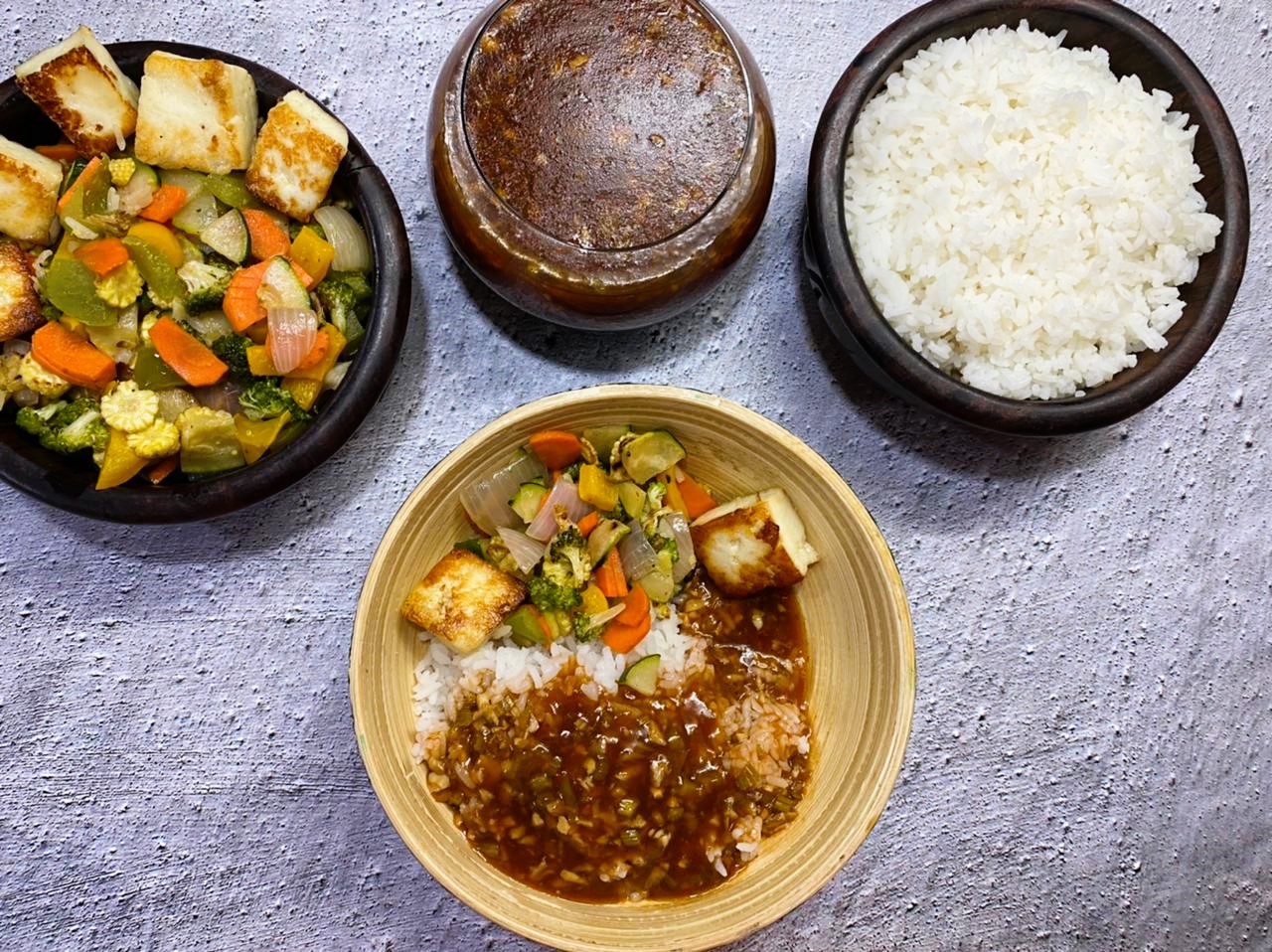