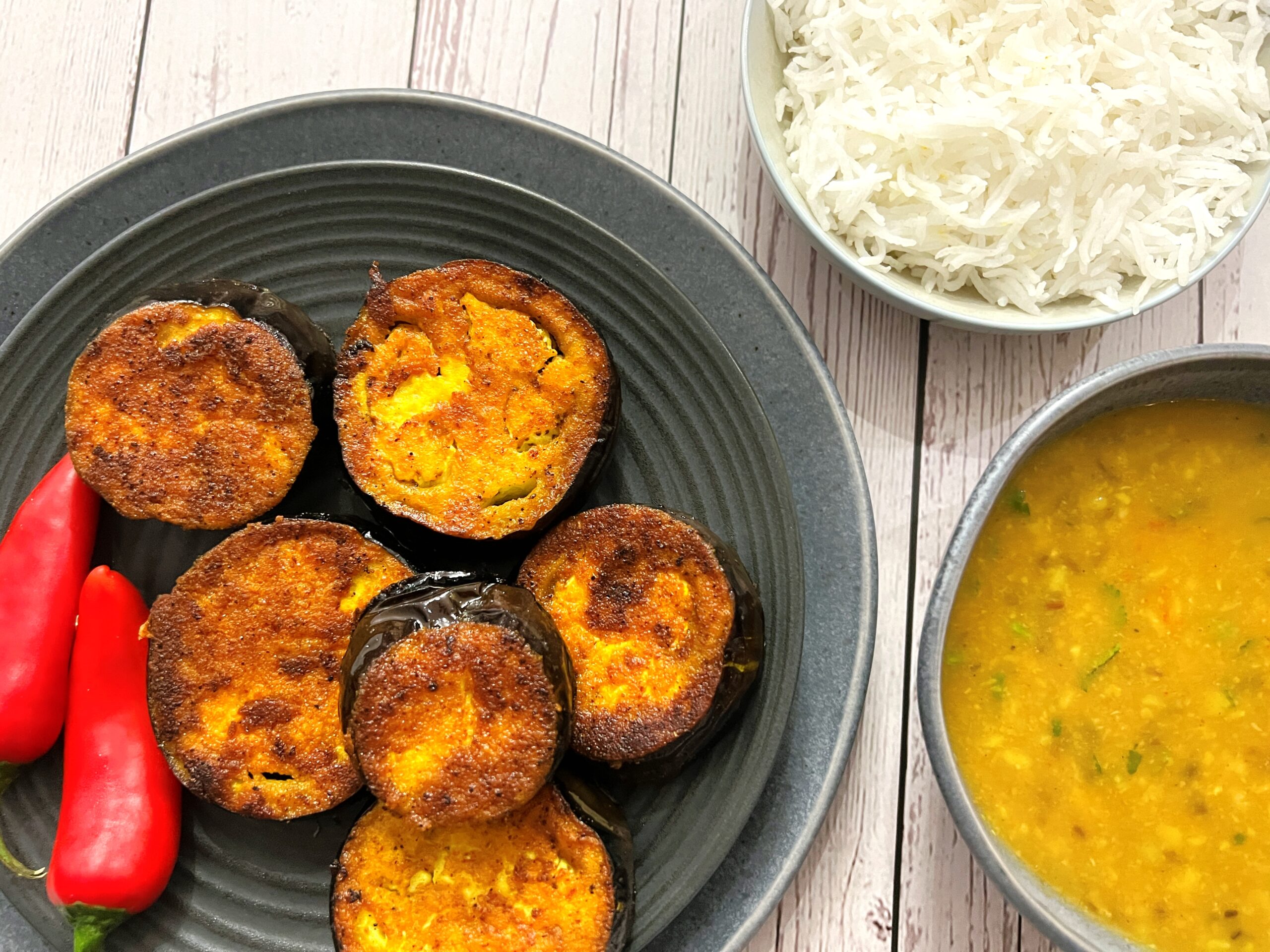 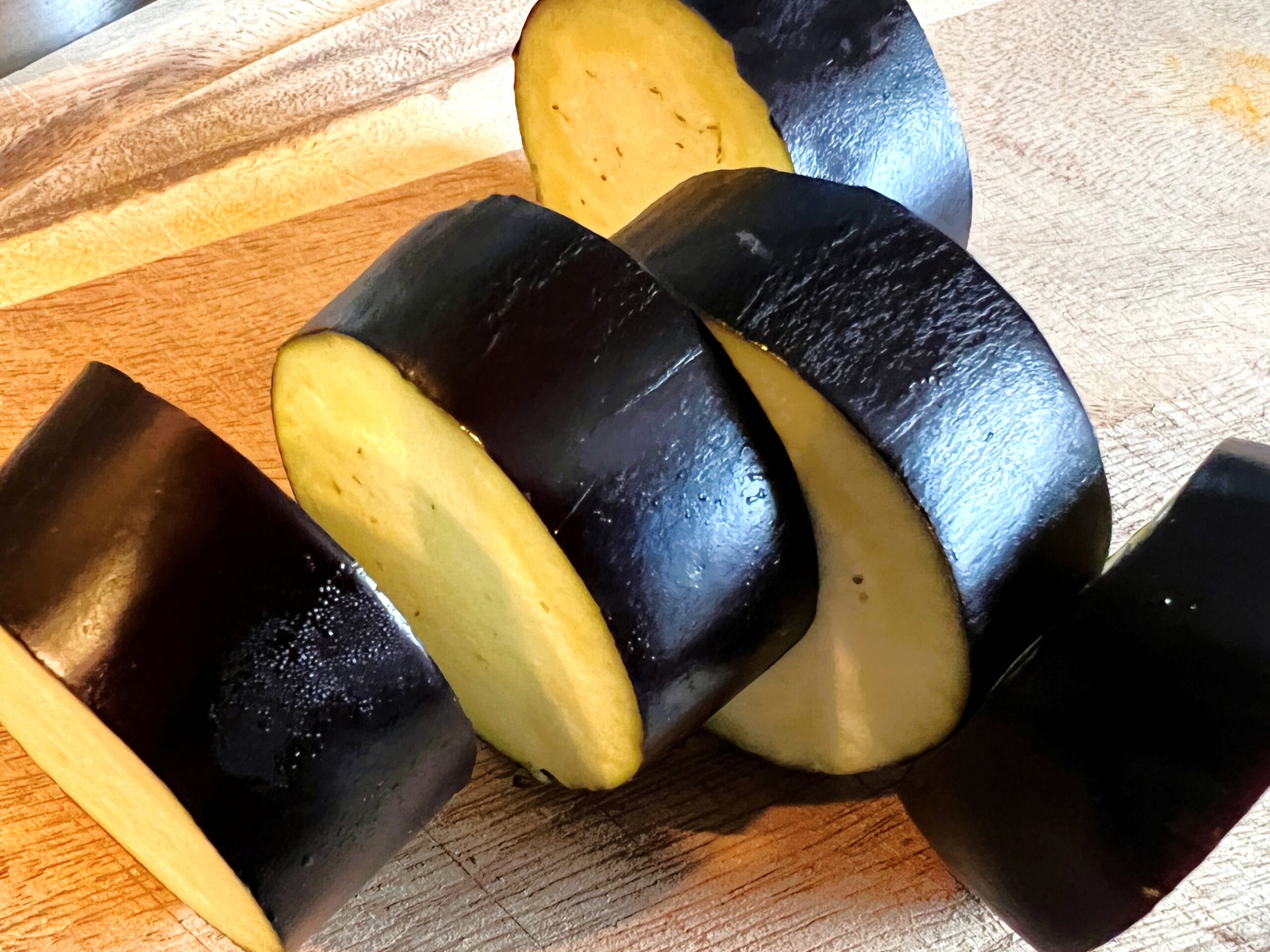 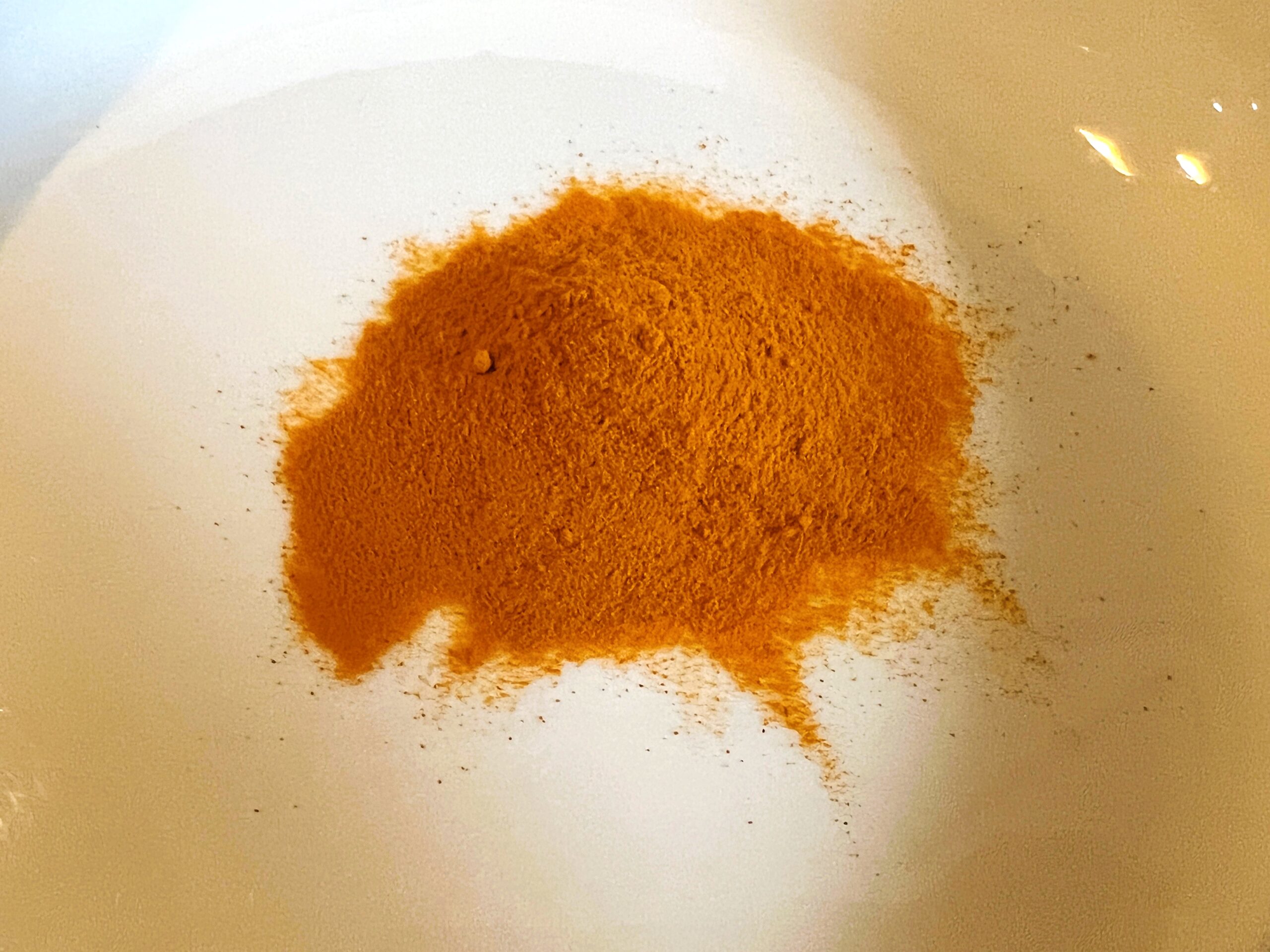 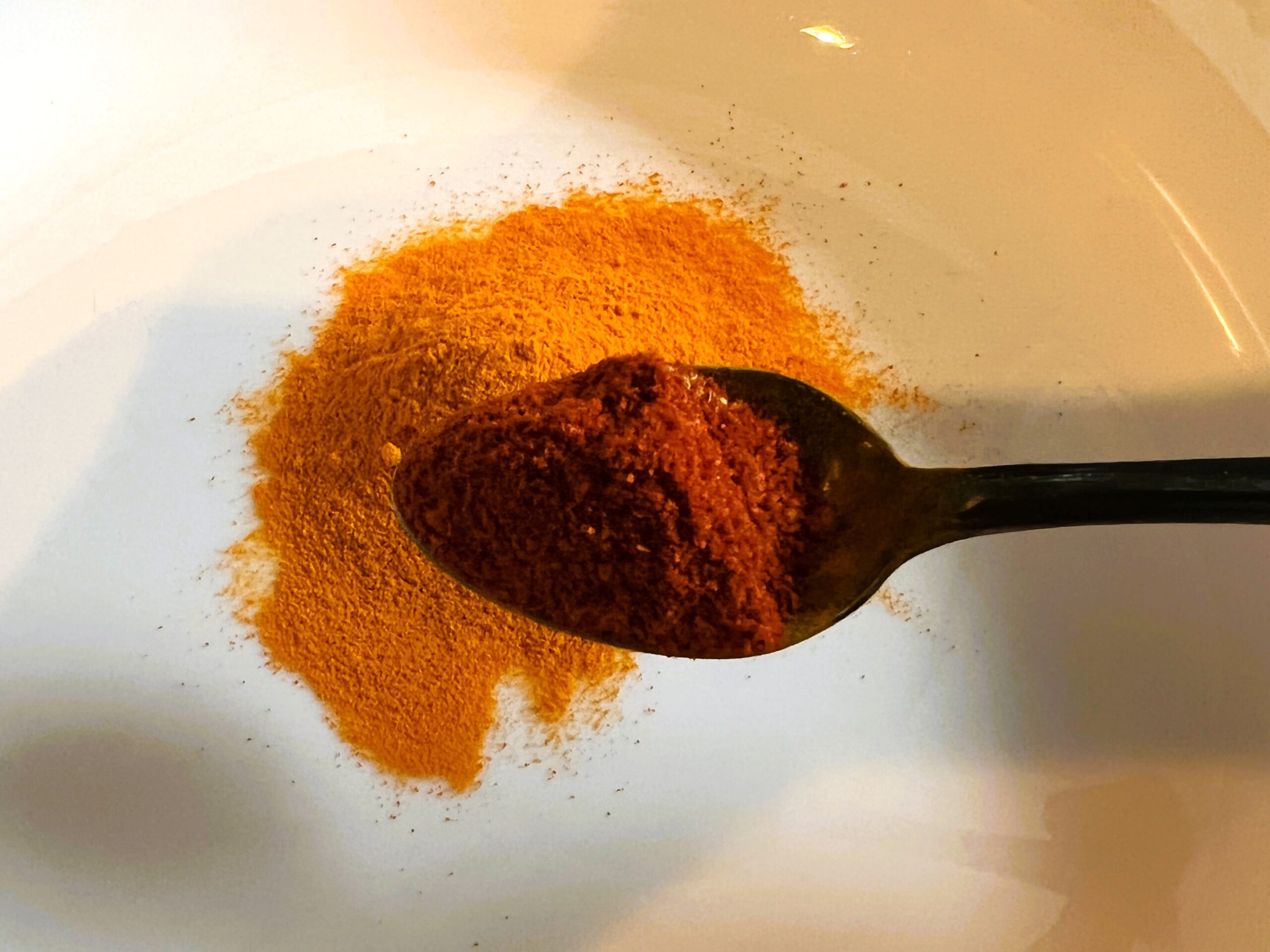 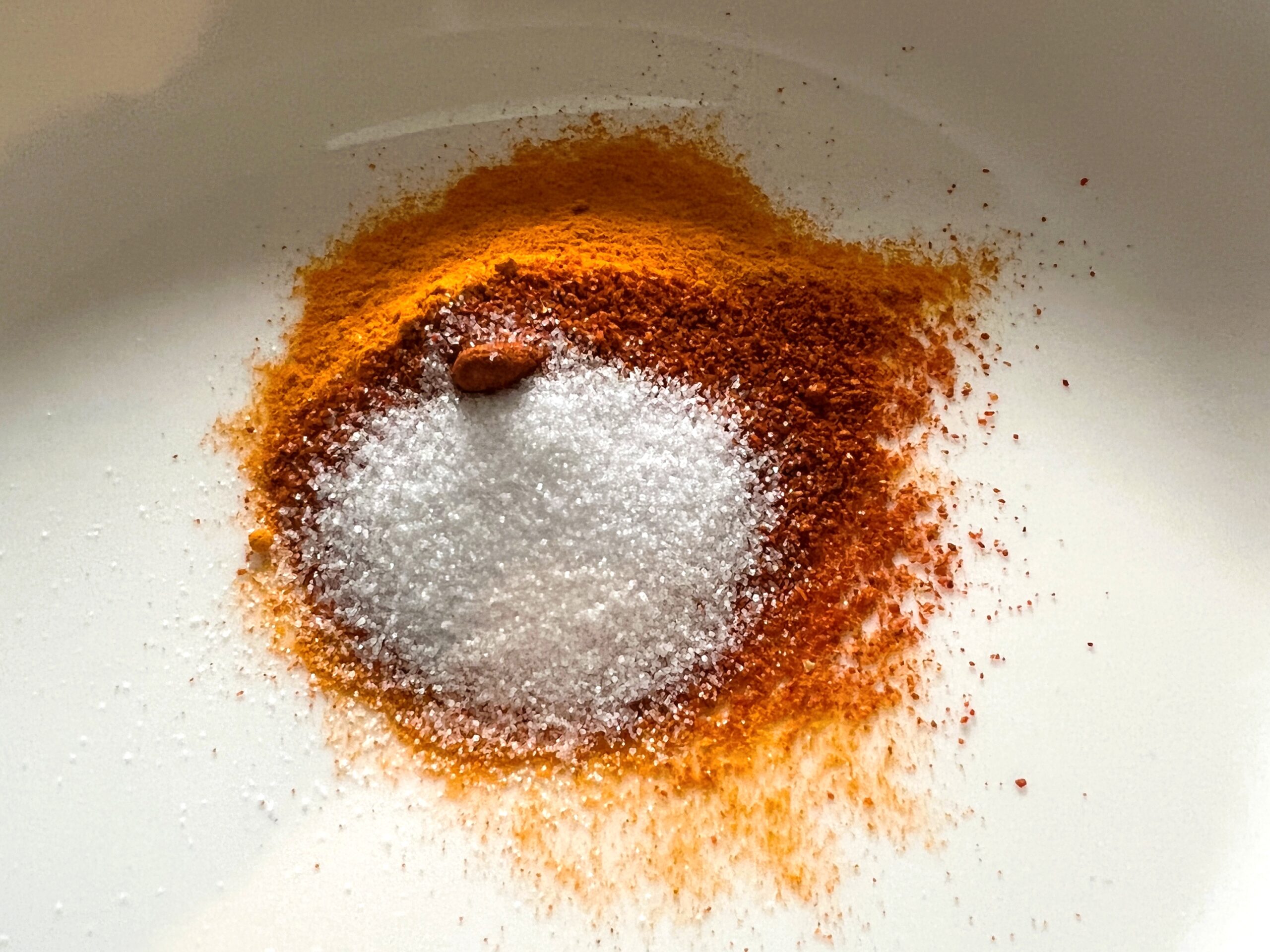 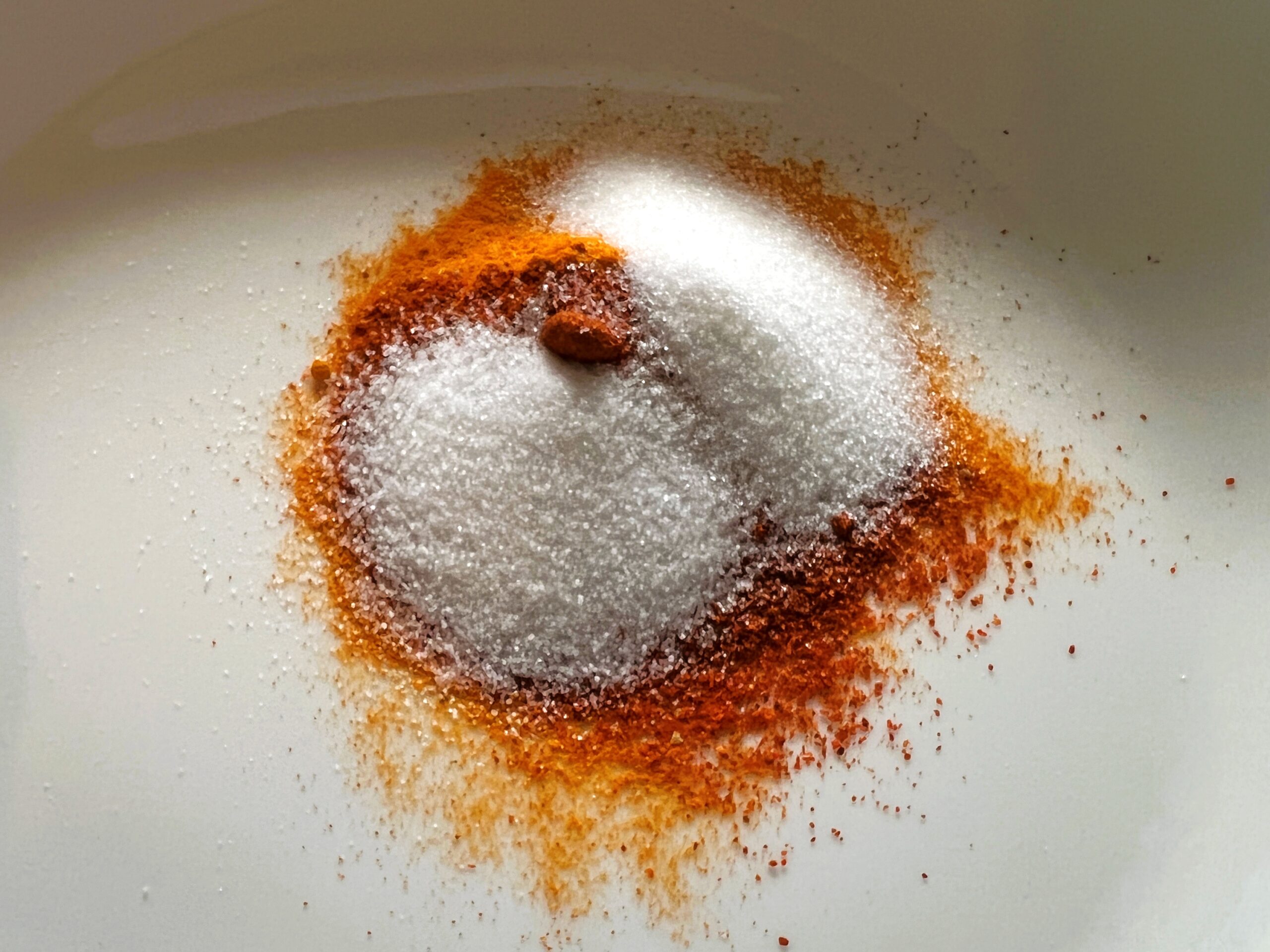 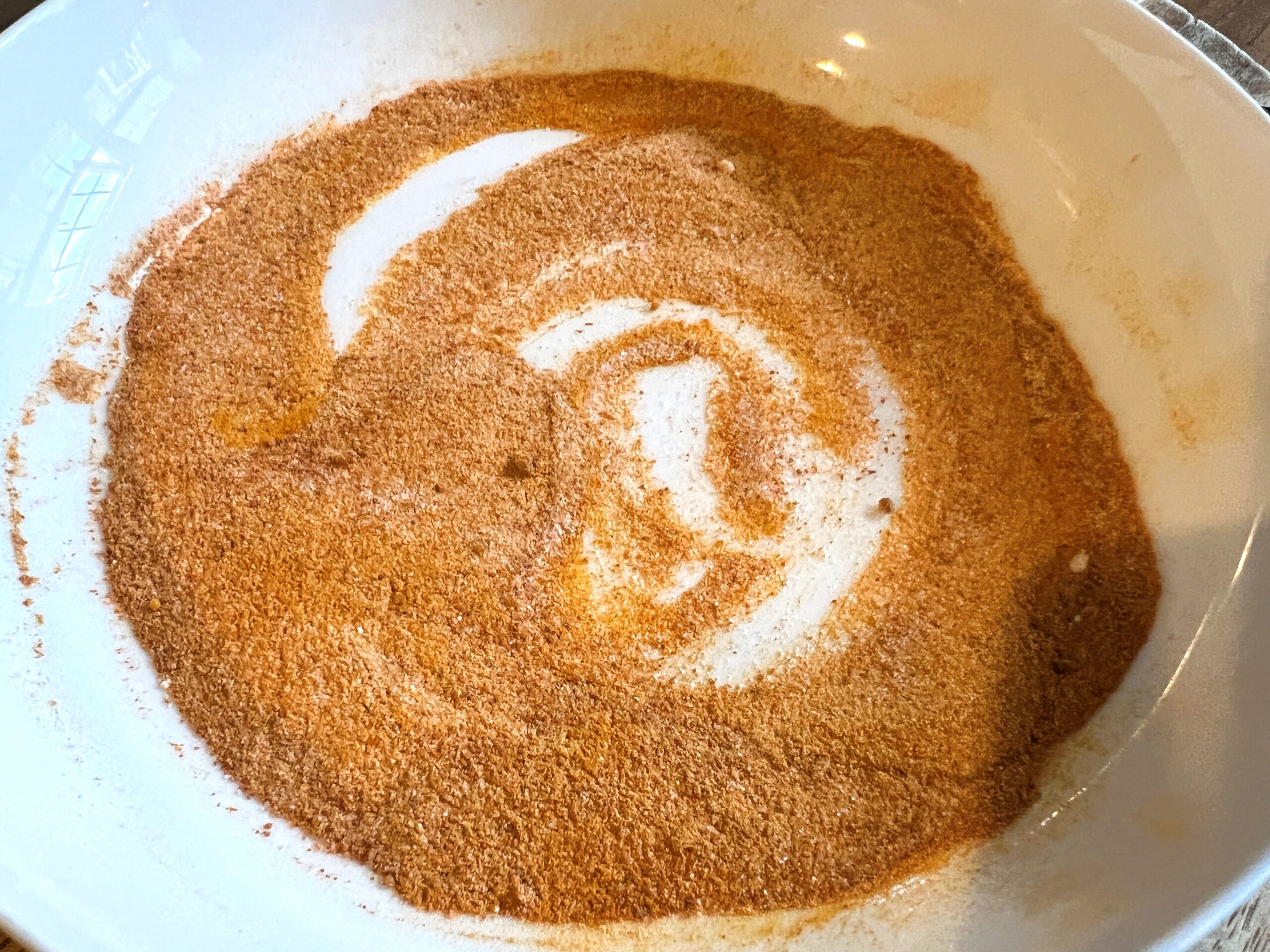 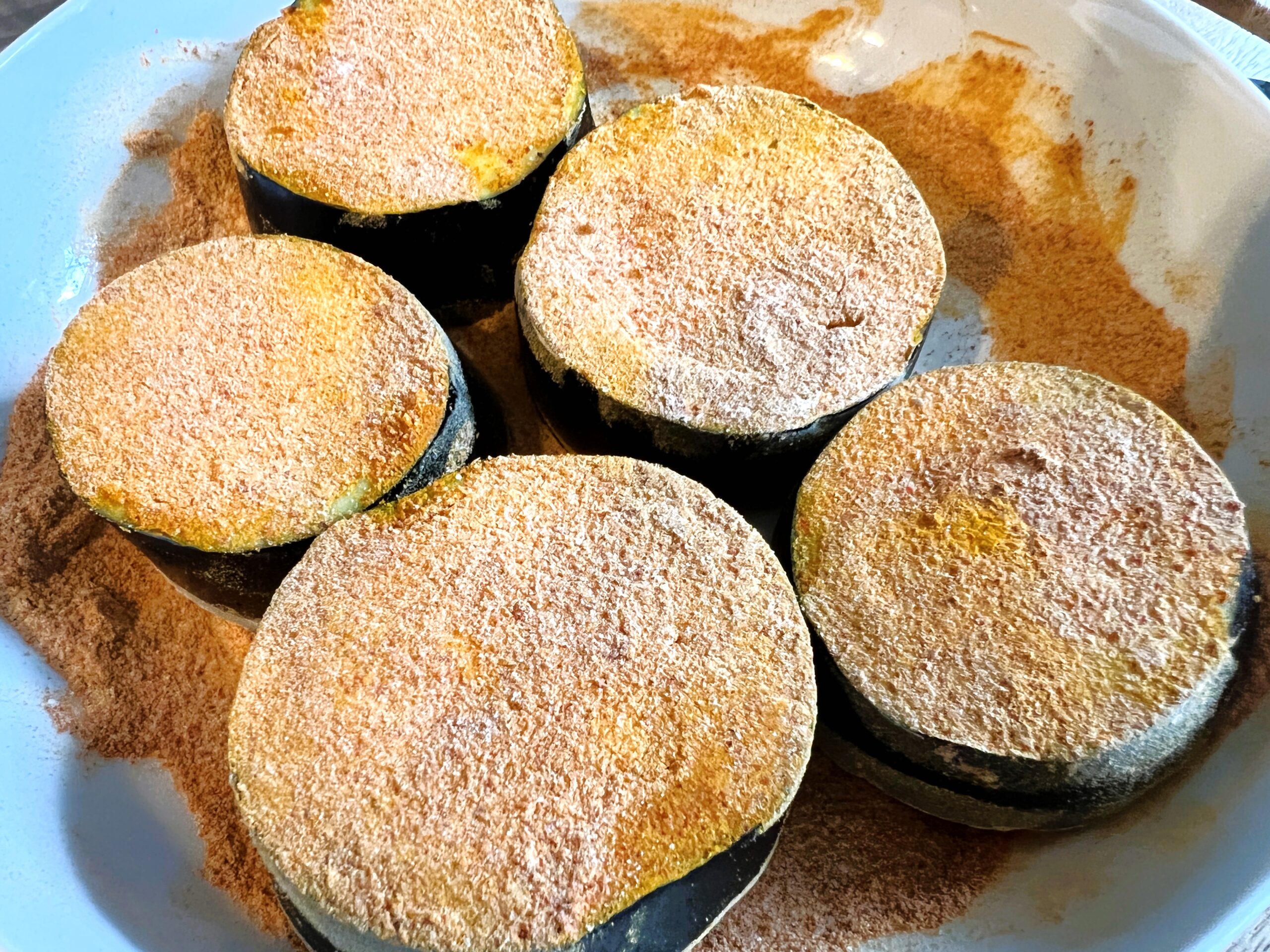 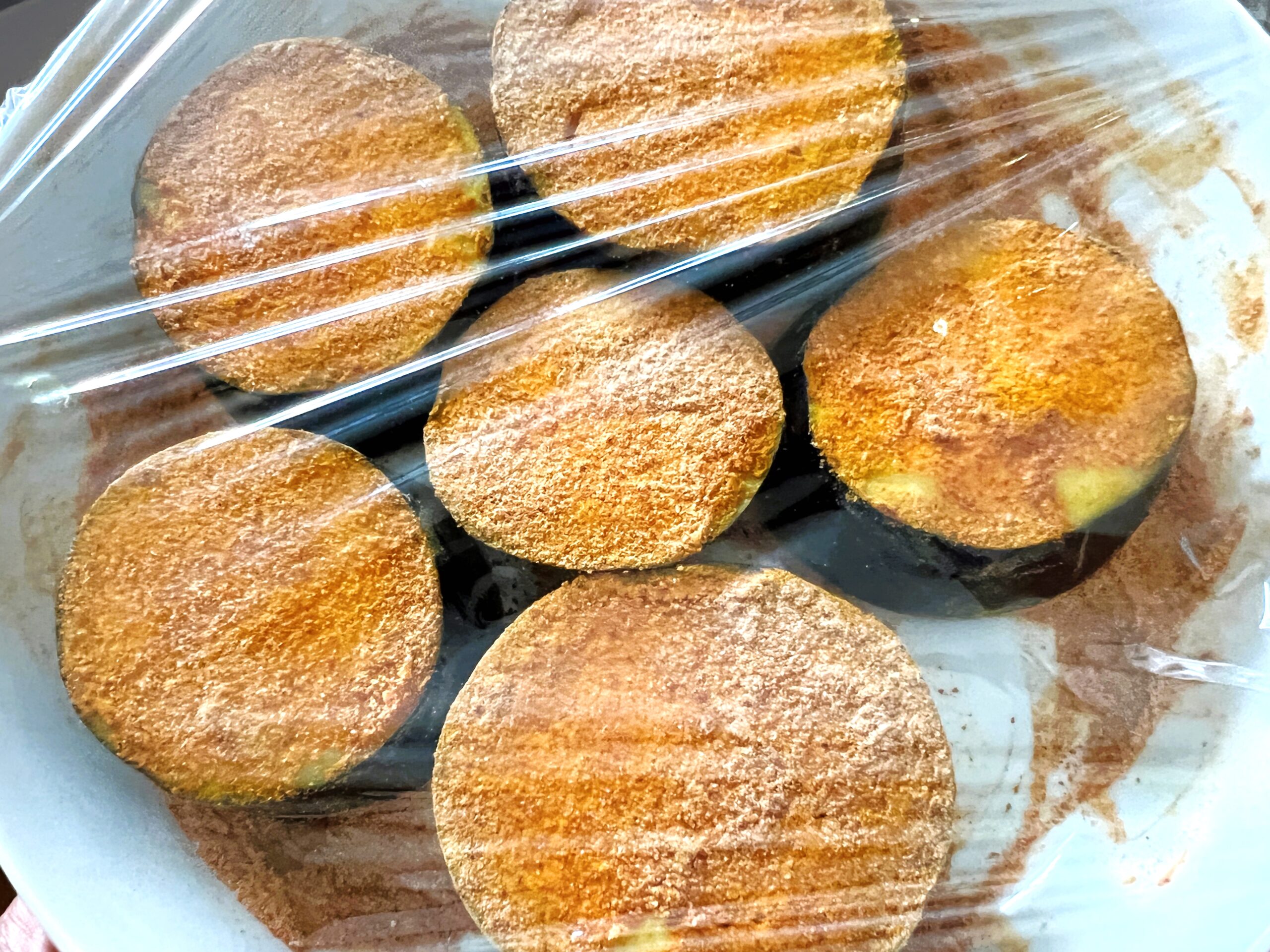 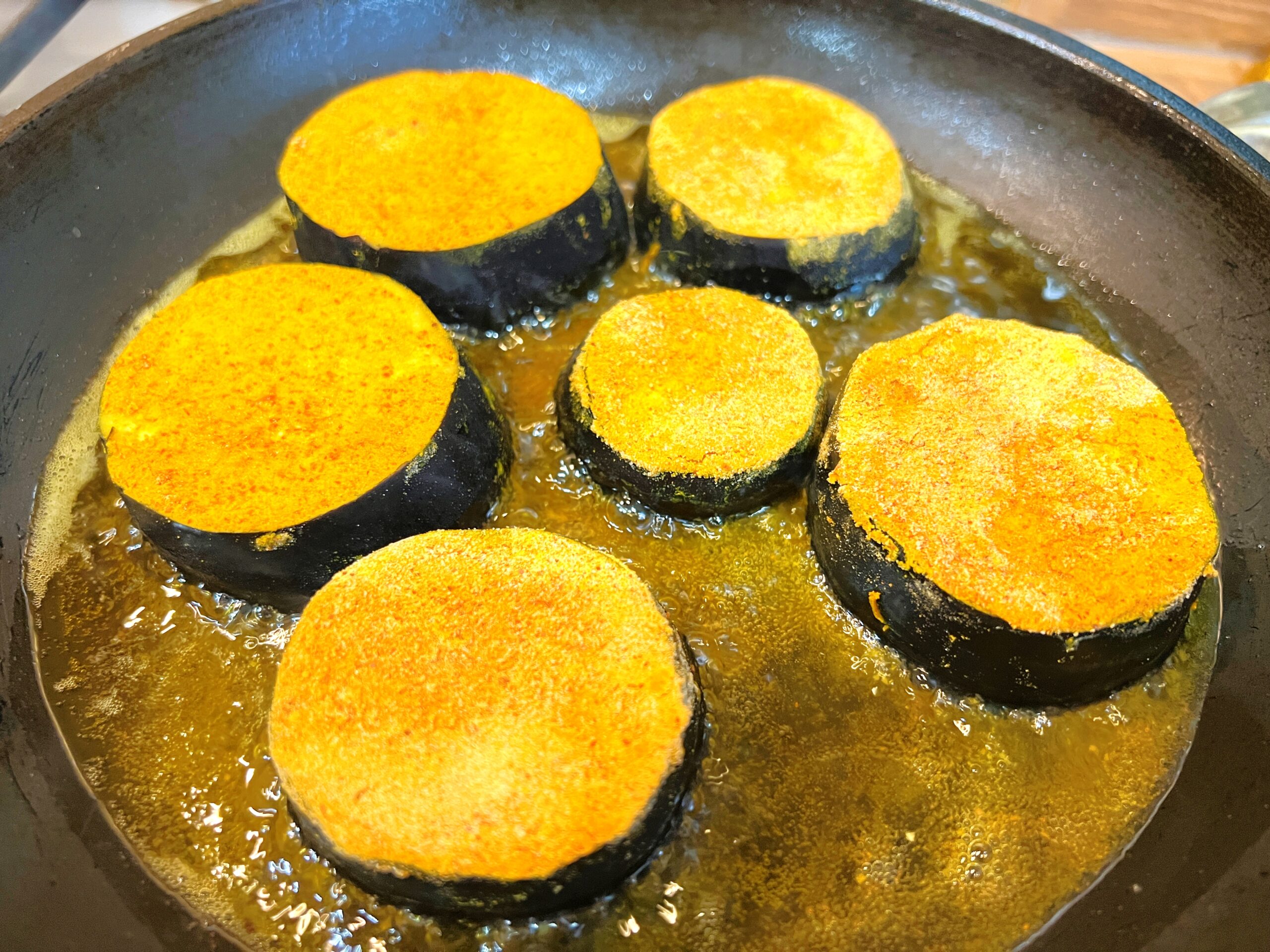 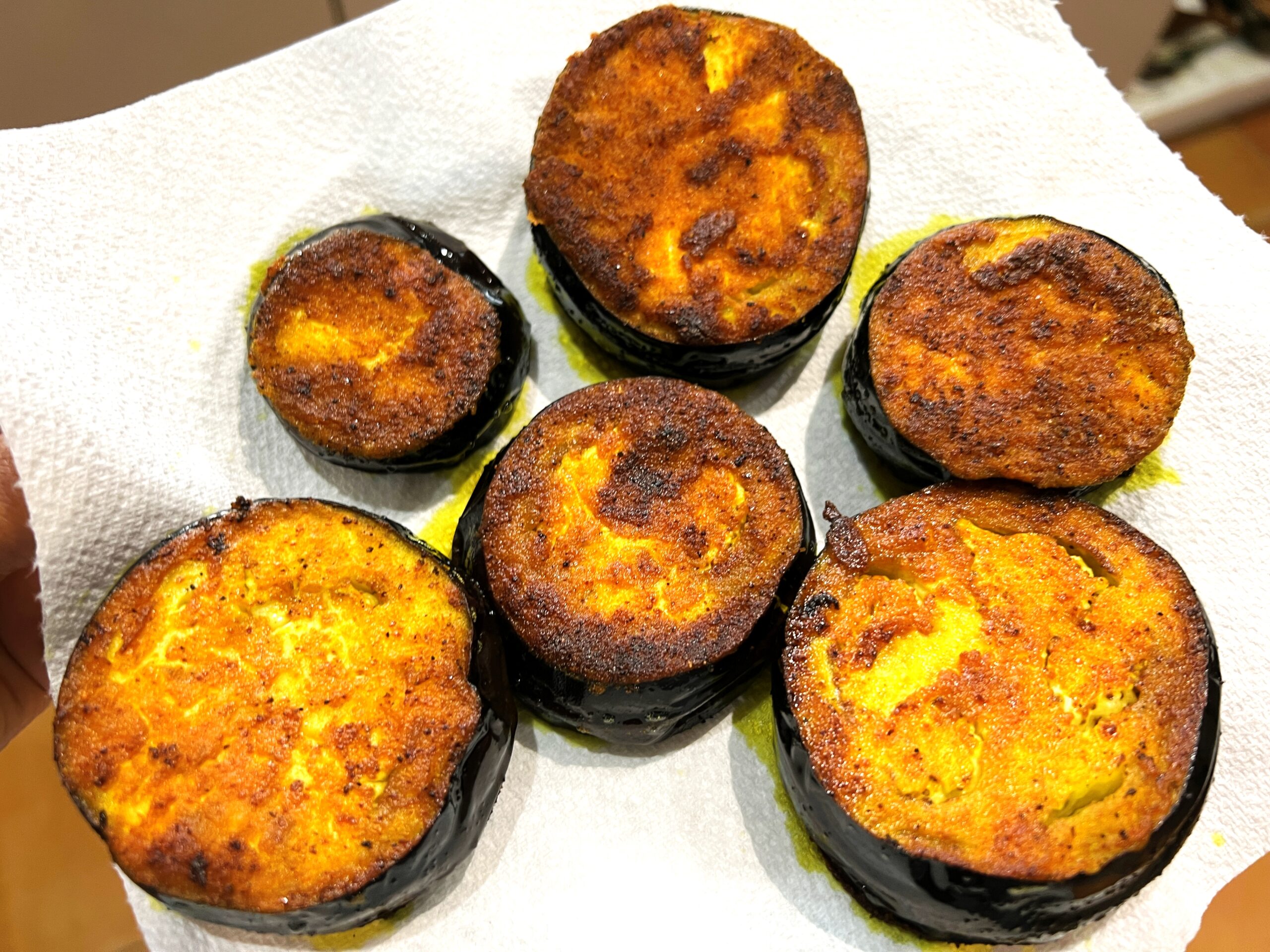 The recipe of Began Bhaja is extremely simple. Aubergine/Eggplant/Brinjal is coated in seasoning and shallow fried on medium heat. The taste of Begun Bhaja is difficult to explain to anyone who has not eaten fried eggplant before. Suffice it to say that it is probably unlike anything one has ever tasted, especially if seasoned with the right amount of spices.

Here are some more aubergine/eggplant Recipes, that you might like to try -– Saksuka, Aloo Baingan, Smoked Baingan Bharta, Roasted Aubergine Houmous and Classic Baba Ghanoush. 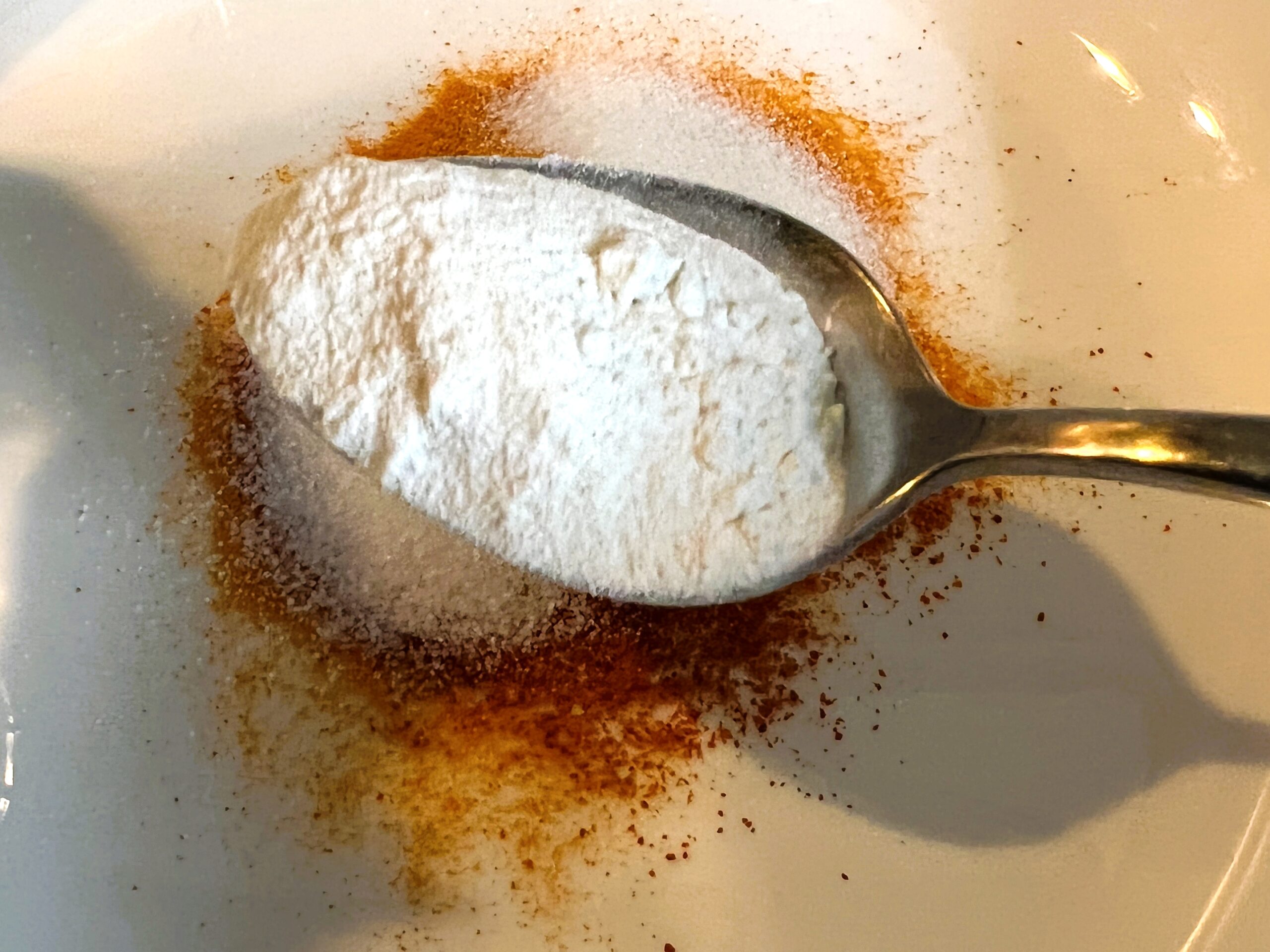 Slice the eggplant/aubergine into 2 cm thick disc. You should get 5-6 pieces depending on the size of it. In a bowl, Mix together the turmeric powder, red chilli powder, salt, sugar, and flour.

Coat the sliced eggplant/aubergine in the spices and cover and let them rest for 15-20 minutes. 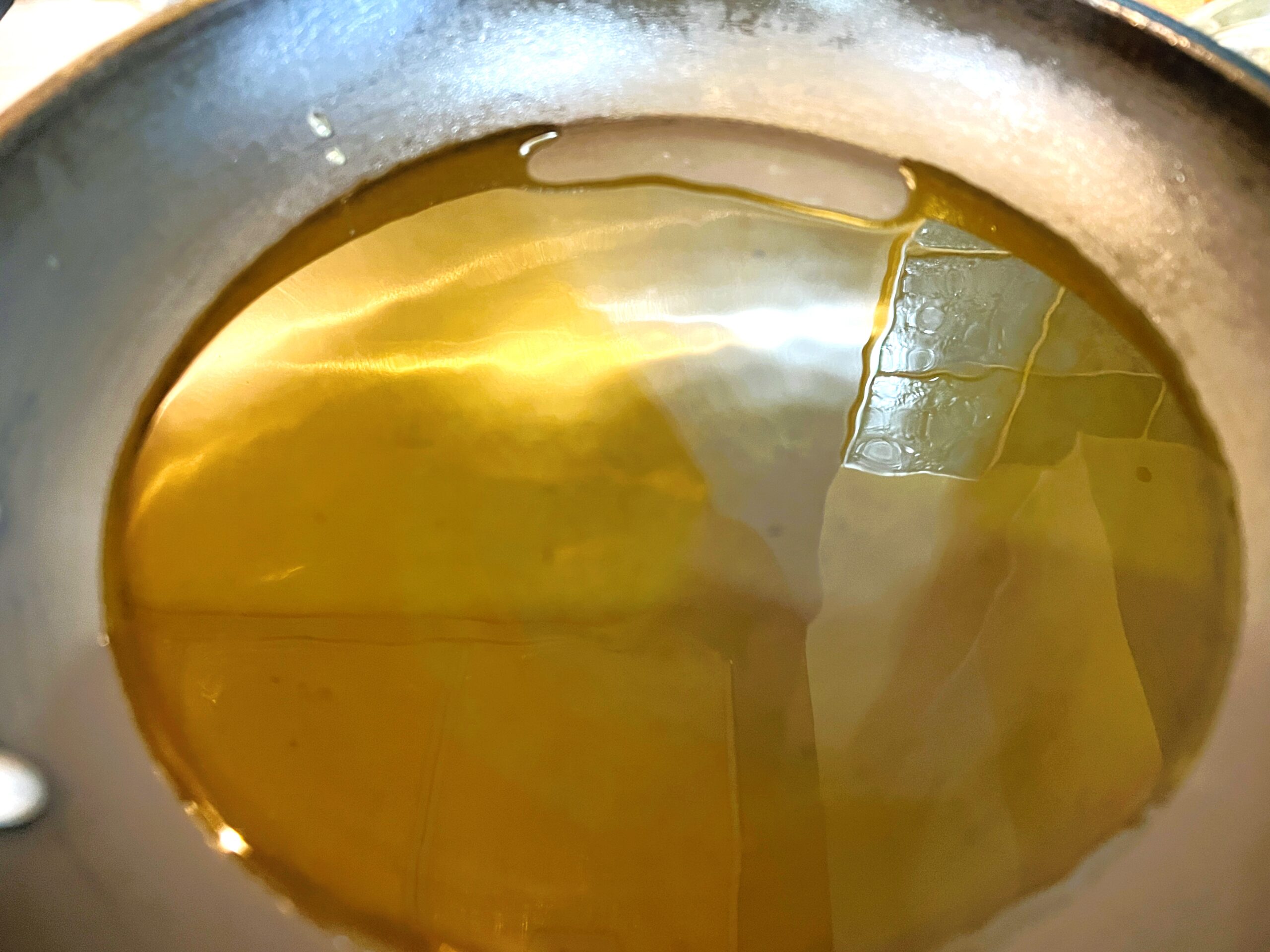 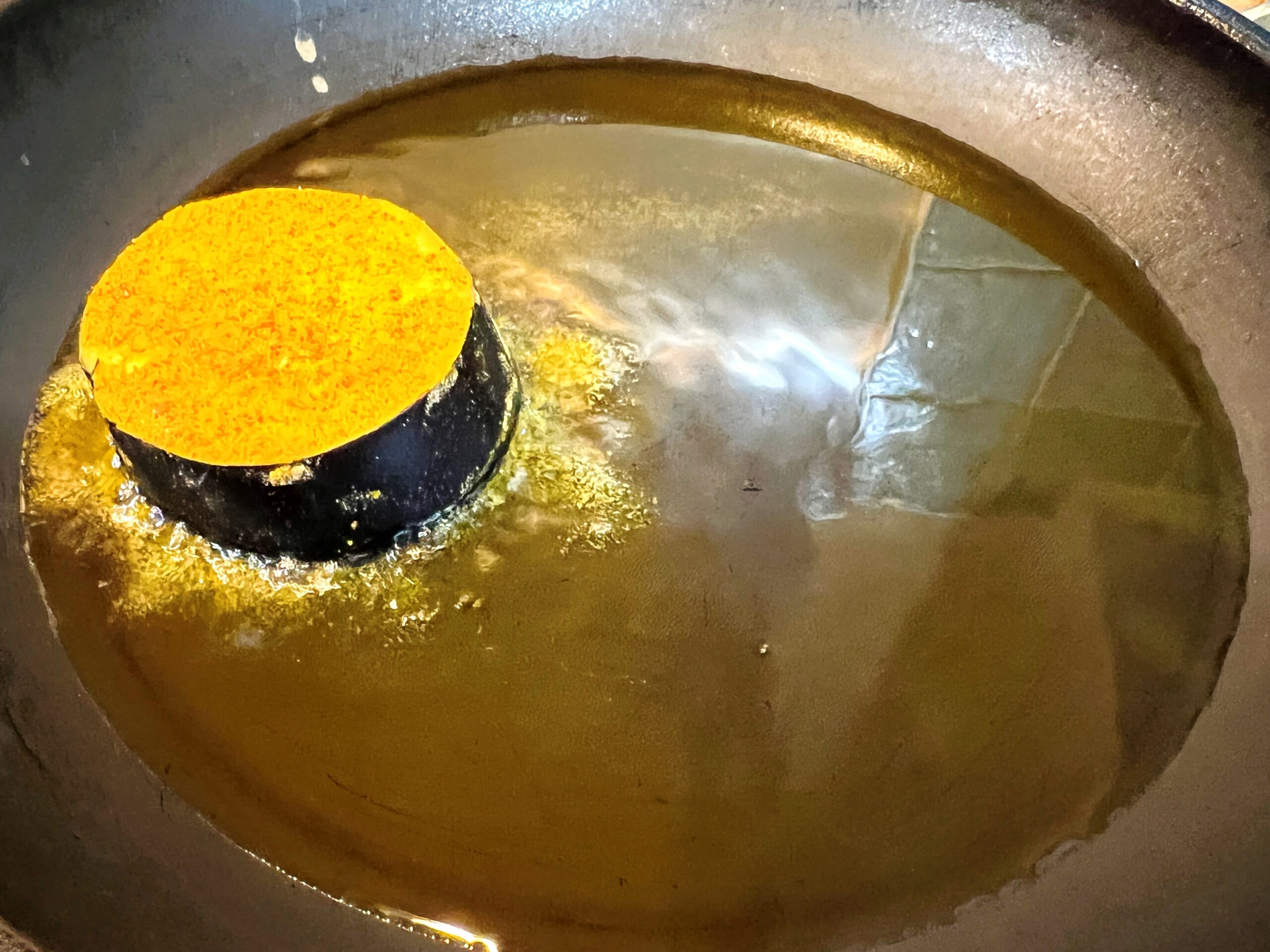 Heat the oil in a pan and once it starts smoking lightly gently lower the marinated slices in the hot oil. Fry them on low heat for 4-5 sides on one side or until golden and then flip to fry the other side.
Serve hot with rice and dal. 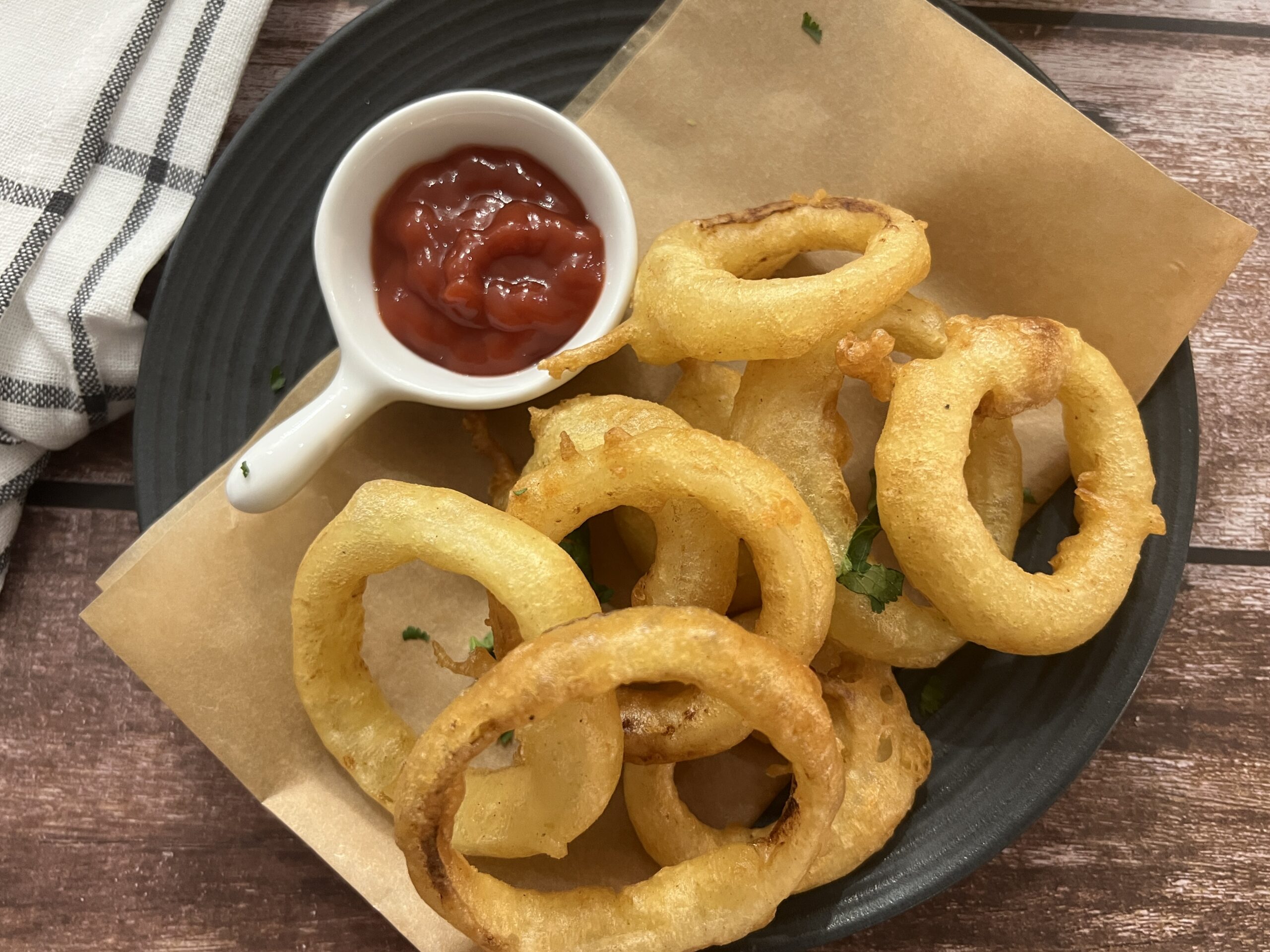 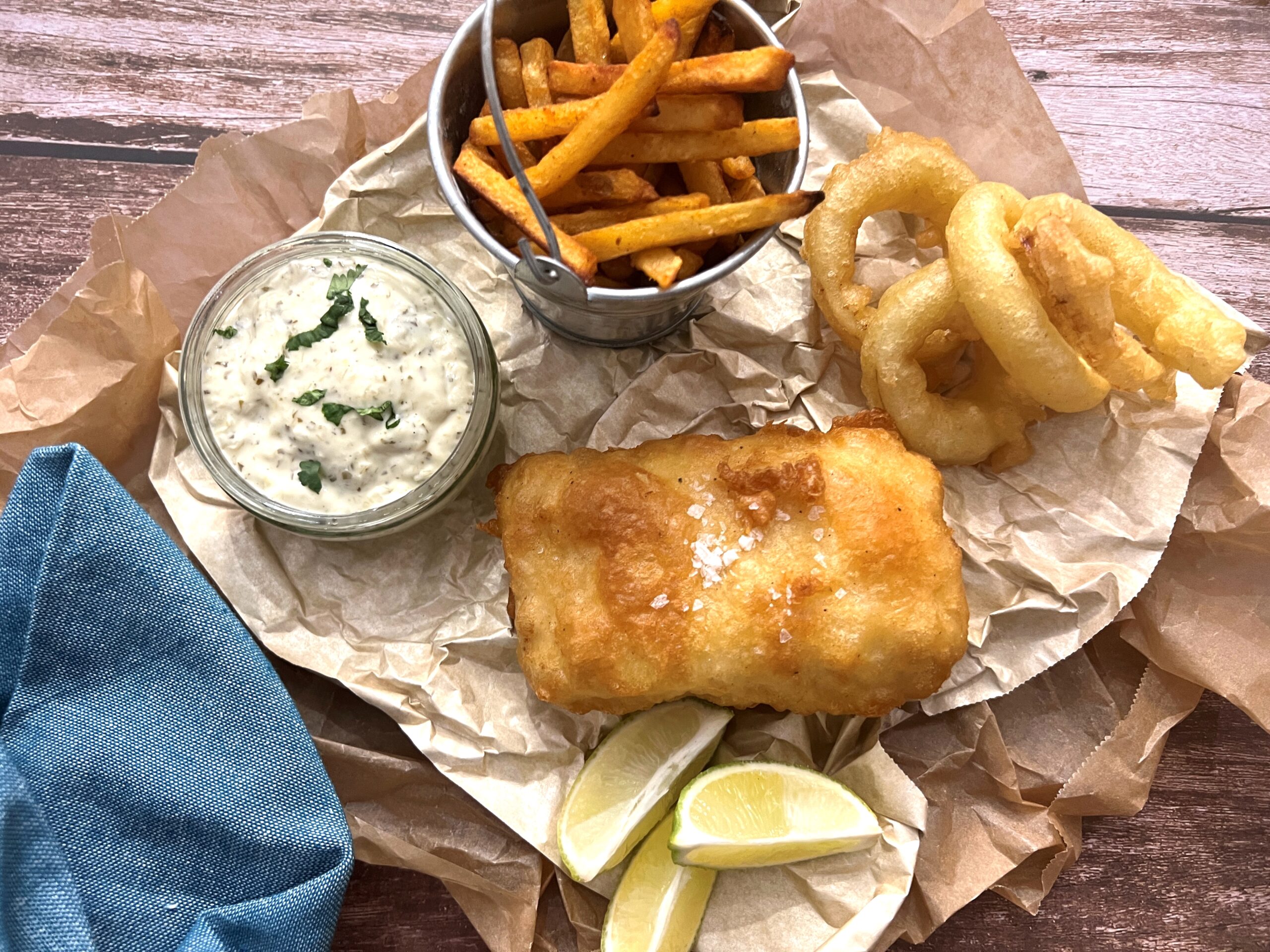